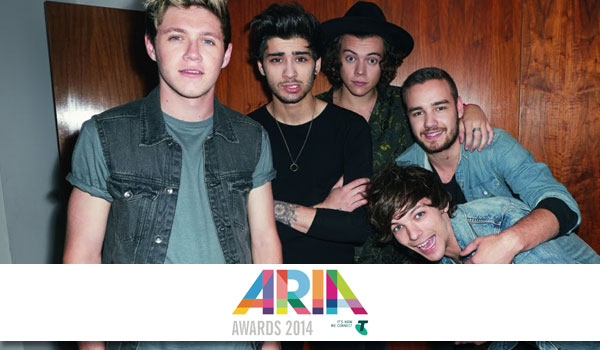 The planet’s biggest pop band One Direction will make a triumphant return to Sydney to perform at the 2014 ARIA Awards Connected By Telstra on November 26, 2014.

Harry Styles from One Direction said:

“Australia is one of our favourite places in the world, and we’re so excited to be coming to see you to celebrate FOUR & perform our single ‘Steal My Girl’ at the ARIAs on November 26!”

One Direction joins 5 Seconds Of Summer, Chet Faker, Hilltop Hoods, Justice Crew and Sheppard as confirmed performers at the event.

General public tickets to the 2014 ARIA Awards Connected By Telstra have SOLD OUT, but fans are encouraged to see One Direction walk the David Jones red carpet at The Star, Sydney and to watch all the action on TEN on November 26, 2014.

This will be the only chance Australian fans can get up close to the band before they return for their ‘On The Road Again’ Australian stadium tour in February 2015.