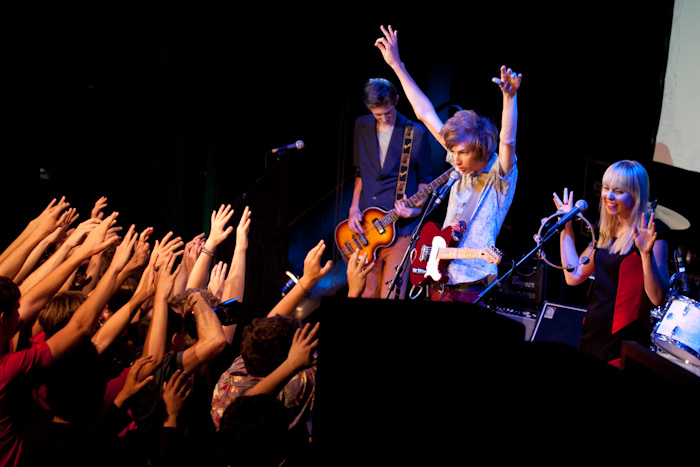 Last Sunday December 11 at The Lair at the Metro Theatre, Sydney, a handful of exceptionally talented high school musicians showcased their live performance abilities for MySchoolAct 2011. These Five young bands tore the house down….but there could only be one winner…and this year, they hail from the Wild West of this fair country. Perth based ‘44th Sunset’ stole the evening with their stellar indie presence.

They were engaging, unique, quirky and put on a brilliant show for the adoring fans. Lead singer of the indie rock quartet, Nik Thompson was ecstatic and overwhelmed by the response of the crowd and the feedback from the judges. “I feel like a unicorn who’s just seen a double rainbow,” he said. The band have already received radioplay from here to the UK, and performed at a kaleidoscope of eclectic events inclusive of an everywhere concert, winning band comps and numerous Festival and T.V show invitations. 44th Sunset were awarded the grand prize of up to $50,000 recording and marketing spend from Sony Music and up to $15,000 from Sony/ATV Publishing and in addition, they were added to the Big Day Out 2012 Perth lineup thanks to major sponsors Motorola.