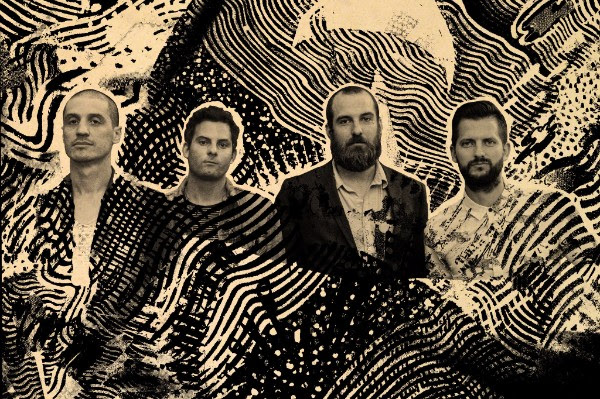 Life is filled with ideas; some that come and go while others come to fruition. This is what happened when it came to writing Mutemath’s fifth record Play Dead. As I spoke with lead singer Paul Meany, he’s a man of articulation and wisdom, answering each question with the depth and passion needed to keep things interesting. While the band explored themes of life and death in their previous record Vitals, Play Dead is all about continuing the story from the other songs; exploring deeper into the loss of loved ones and moving forward with life.

It’s not until then, we realise why Mutemath’s fanbase is so loyal, praising the band’s consistency and unique take on alternative rock/electronic music with a fan saying that “I don’t think they’re capable of making a bad song”. The outfit from New Orleans fearlessly write songs with inspiring yet sad undertones and Play Dead showcases the tireless effort gone into their craft; the songs that were once shelved but brought back to life. When it comes to innovation, Mutemath don’t hesitate, and that’s what every band’s approach should be.

How are you feeling so far with the journey of the band and releasing this new album? You released Vitals just shy of two years ago and now you’re about to release Play Dead so that must be really cool.

It is. We weren’t sure how long it was going to take to do this album. I think what we wanted to find was a lot of inspiration from ideas that we’d started like four years ago. And so, that certainly helped with being able to finish the album a lot sooner than starting from scratch. It was completing those ideas that we just didn’t know what to do with four years ago.

Coming out of Vitals, we were listening to those ideas – we knew we wanted to make a record that was extremely indulgent for us and it really kind of embraced a different side of what we’d been doing as of late; got back to more of a band style of execution and a lot of those ideas that we’d started four years ago fit the bill.

Well, your previous album Vitals explored themes of life and death. What does Play Dead explore and how do the songs relate to your life right now?

Well, it’s all very connected. I think it’s a different side to Vitals because a lot of the songs were birthed and kind of written in and around the same time as Vitals, so the themes are very connected. I mean, I would probably say this album, more specifically became more about life after death, accepting death and trying to figure out what’s next. And I think I tried to explore that from every angle that I knew of – all the way from the literal, religious angles of life after death and what that even means to me; what I’m programmed to believe that means versus what tangible experiences I’ve had in experiencing the death of loved ones. Also, becoming a father and kind of getting a second chance and a rebirth through the life of my child and how that feels.

I think each of the songs on Play Dead comes at it from a different angle and it was a very therapeutic record to make. It was probably the first record we’ve made where I really felt like every guy in the band had taken off the guard rails – like everyone was really performing at just optimal ability level and there was no “oh you shouldn’t do that” or “you’re overplaying now” it was like man, how can you play more? How can we put more chords in it? How can we do more fills? More sounds? And so… it was therapeutic in that regard as well. I’m really proud that it actually came out solid and it feels like it’s something we’d be proud of for a very long time.

“Sometimes you just need to live some life and grow up a little bit before what you know what do with a song.”

Oh, that’s awesome, dude. I think as a musician you sort of culminate experiences and thoughts in your head. I think with the album itself, it’s very diverse and I like the sound. Would you say that approaching the songs put you outside your comfort zone?

Hmm… yeah, I’m not even sure where my comfort zone is anymore. I think we’ve been pushing ourselves for a long time now. There’s always a point in every album that we’ve done where I have to like push myself to the brink of insanity and it hadn’t really happened on Play Dead, and it’s usually on the final stretch where I’m like “is there anything else to tweak?” or “is it hitting right?” “is the lyric right?” “why is this part not connecting right?” and I get way sucked into that stuff and it starts driving me mad.

I realised that I hadn’t had a chance to do that yet with Play Dead and so… that’s what it needed and so I did that, for like a month. I’m not sure if I improved anything, but that’s usually when I get very uncomfortable and start hating things, but quite honestly, I don’t know what my comfort zone is anymore because if I don’t allow myself to go to that tortured place, then I’m uncomfortable. So I have to [laughs]… I’m talking like a mad man right now, but that’s a tricky question with the comfort zone, I have to make sure I get to a place where I’m completely tortured by an album that we’re working on and then it feels right – then it feels like I’m at peace with it. That’s all – we did that for Play Dead.

Wow, that’s actually really interesting ’cause I read in a previous interview that you mentioned that “you felt like a good Mutemath song is a portrait of darkness, but it’s framed in light.” And it seems like you still sort of believe in that mantra. How has this challenged you as a musician? Like putting yourself in a position of vulnerability and putting yourself out there in the lyrics?

Yeah, I mean when it comes to the lyrics, I think the more songs we’ve written as Mutemath and the more comfortable I think we’ve gotten in our skin. I don’t second guess myself lyrically. I think at the end of the day, I always want to make a song the exact mantra you said. It’s a really vulnerable, dark place but I don’t allow myself to get stuck there.

I find the light that is hopefully attached to it somehow and that’s what I normally want to write in this Mutemath environment. For a while, I would second guess that or look at it from a different angle – that’s something I have not allowed myself to get hung up on in the last two records at least and I’ve made my peace. That’s just what this band is about and I’ve embraced it and I really enjoy it.

I think it’s really interesting as well, one of the songs off the record titled “Stroll On” was a song you sort of shelved five years ago and sort of brought it back. What motivated you to include this song for Playdead? Cause I know that artists tend to write like 40+ songs and most of the songs don’t make the cut.

I started second guessing what the vocals should do and like nothing was good enough, and so we shelved it. But, when I listened to it again, it was about a year ago I hadn’t heard it for a while and I still loved it, I still loved it for all the original reasons but I was in a different headspace now and all of a sudden, I felt like I knew what to sing on it. And it happened immediately and I didn’t second guess it. I just let it happen naturally and it worked. Sometimes you just need to live some life and grow up a little bit before what you know what do with a song [chuckles].

Yeah, I mean, if you didn’t come back to a song years or a song idea years later and it moves you – more so than it did before – I mean that usually says something. Trust me, there are a lot of ideas that I’ve been coming back to every album cycle and it’s like no, that’s garbage – that’s still garbage. But every now and then, there are ideas that are on the shelf that was like, “Whoa, wait a minute? That needs to be on this album.”

That’s amazing. It’s like a library that you’re picking and choosing from.

Yeah, it makes sense right? ‘Cause you never know when you’re working on any given idea, what part of it might be the thing that just helps something else. At the very least, you can be working on ideas that just become organ donors to other ideas; we look at that in that way as well. It may not be a whole song idea but maybe there’s a particular sound, maybe there’s a guitar riff, there’s a drum fill that you fly over into another idea that needs something to jolt it and we did that.

What are you hoping listeners take from Play Dead?

We’ve had two team members leave and so, this really is becoming a monumental record and it’s even more important to me than I could’ve imagined; a very specific moment in time of recording with guys that I have so much history with, maybe perhaps for the last time. I don’t know at this point and how much more special that feels and also knowing that no one was holding back. I mean we gassed out the tank on the car on this album and I’m really proud of that. If this is the last record we ever make, I couldn’t have imagined a better collection of songs to go out on.

Play Dead is out now via Wojtek Records / Caroline Australia