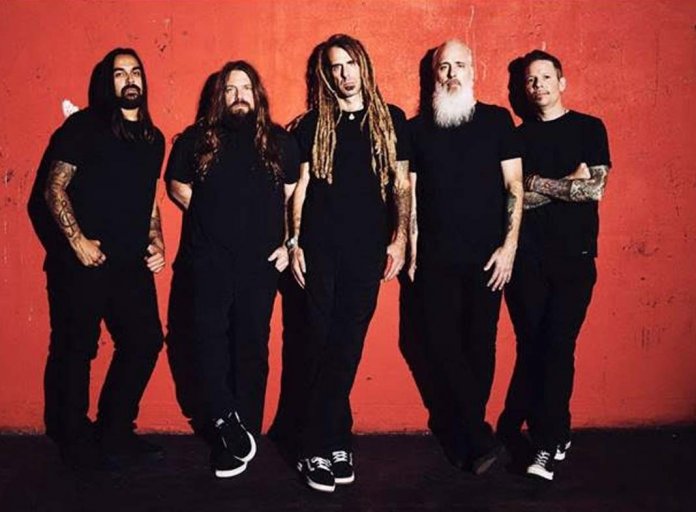 LAMB OF GOD has released the music video for ‘Memento Mori’, the opening track on their forthcoming self-titled album due May 8 via Nuclear Blast. Fans were able to unlock a 10 second teaser of the song through an eerie Instagram Story filter released by the band over the weekend.

Executed from a narrative treatment written by vocalist D. Randall Blythe, the ‘Memento Mori’ video features the band (guitarists Mark Morton and Willie Adler, bassist John Campbell, drummer Art Cruz, and Blythe) performing the unrelenting album opener, from their upcoming self-titled new album (due May 8 worldwide).  Lyrically and visually, the message of both the song and video are extremely topical, offering hope at a time of societal and personal upheaval.