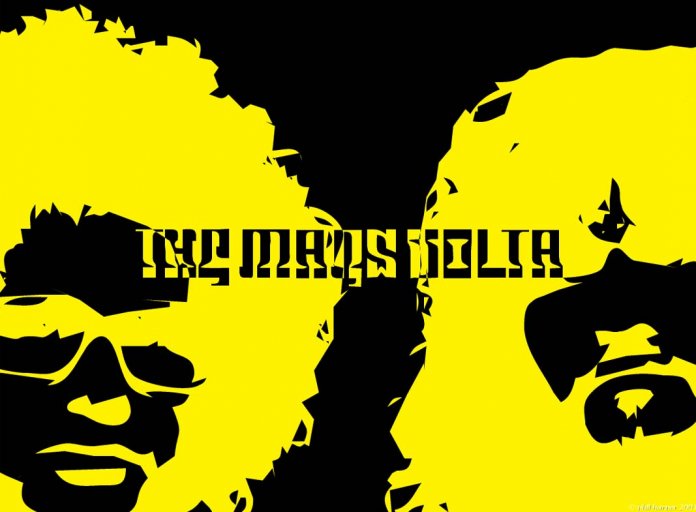 The Mars Volta is an El Paso based prog-rock band that was formed back in 2001. The Mars Volta was formed due to the breakup of Cedric Bixler-Zavala and Omar Rodríguez-Lopez’s previous band, At the Drive-In. They got their first taste of critical recognition after the band won their first and only Grammy back in 2009 for their song Wax Simulacra. But their success would be relatively shortlived as the band went on an indefinite hiatus after the release of their sixth studio album Noctourniquet back in 2012.

But it was definitely more than just a hiatus. “I can’t sit here and pretend anymore,” Bixler-Zavala said in an interview clarifying after almost a year later that that band was most definitely broken up since the other members of The Mars Volta had lost interest in touring and were focusing on their own individual projects. Despite all of this, there was room for hope. Ikey Owens, The Mars Volta’s late keyboard player, had tweeted Bixler-Zavala right after he had made the announcement that he hoped the band would get back together again someday — and after almost nine years it looks like it’s finally happening.

The Reunion
It all started when a fan tweeted Bixler-Zavala about wanting new The Mars Volta material. To everyone’s surprise, Bixler-Zavala replied with a short but resounding “It’s happening”. He follows this tweet up with more details, revealing that the band is working on new material and have plans to go on tour. To cap it all off, he also announced that The Mars Volta’s back catalog would be re-released soon, which alone would have been exciting news for the fans of the band. And while the tweets have since been deleted, all signs point to an imminent return of one of this generation’s most prolific rock bands.

What to Expect
While there aren’t actual tour dates yet, there are some details that have been released. Rolling Stone details that it’s going to be the fan’s favorite iteration of the band that hits the stage when the reunion happens, signaling that the original members will be making a return — most notably Omar Rodríguez-Lópex.

Mars Volta vocalist Cedric Bixler-Zavala seems not just optimistic but absolutely fired up about what fans can expect, explaining that “when Omar Rodríguez-López played me a grip of new shit I fucking cried. Like Claire Danes in Romeo & Juliet cried. Yeah it was f*cking weird.” This shouldn’t come as a surprise to old fans of the psychedelic rock outfit. Guitarist Omar Rodríguez-López has a well-documented love and mastery of guitar effects, particularly the notoriously complicated and versatile Empress Effects Superdelay pedal which has provided the haunting and eerie delay of the band’s dark soundscapes. Paired this with his Mariposa Ernie Ball Music Man signature guitar, and it will surely help him wow audiences all over the world once again, giving them that classic The Mars Volta sound they’ve missed terribly over the years.

If you enjoyed reading this article and are a fan of American rock, check out our feature on the Pheonix based four-piece American Standards!