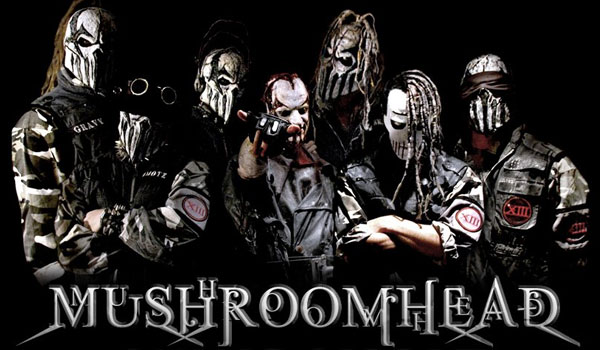 One of the most unique and adventurous alternative metal bands working today, MUSHROOMHEAD are confirmed to open the ultimate metal night as ROB ZOMBIE and KORN take to the stage for 2 shows ONLY in Sydney and Melbourne.

Known for their stunningly theatrical live show and artsy masks, MUSHROOMHEAD has forged new ground in the rock world and influenced many other bands to push the envelope and bring art into rock. Formed in the early-1990s in Cleveland Ohio, the band’s combination of metal, rock and atmospheric elements has struck a chord with thousands of fans worldwide.

A rock icon and auteur filmmaker with insight and unlimited vision, ROB ZOMBIE has continuously challenged audiences as he stretches the boundaries of music, film, and publishing.  As a musician, ROB ZOMBIE has sold over fifteen million albums worldwide to date. Hellbilly Deluxe and Hellbilly Deluxe 2 were the albums that established Zombie as a solo artist after the breakup of multi-platinum group White Zombie. ROB ZOMBIE released his fifth solo album, Venomous Rat Regeneration Vendor in April 2013 to world – wide critical acclaim!


There are plenty of yeah’s, hey’s and baby’s from Zombie himself as expected, but what wasn’t expected was some of his most infectious choruses to date……., every single song screams for a sing-along, whether on your own at your laptop or in a crowd of thousands. “White Trash Freaks” in particular is hard to resist, and when “Rock And Roll (In A Black Hole)” explodes from the little electronic beat that it’s built around into that monstrous chorus it’s an instant energy booster” – Metal Obsession


After the release of the bands eleventh studio album (The Paradigm Shift) in October 2013, roughly 35 million album sales worldwide, 2 Grammy’s and countless sold out shows, the godfathers of nu-metal, KORN, have come a long way since their iconic self-titled debut, and they haven’t stopped challenging themselves or heavy music. The members of Korn built that kind of bond back in 1993 the first time that Jonathan Davis, James “Munky” Shaffer, Reginald “Fieldy” Arvizu, and Brian “Head” Welch decided to make music as a unit. They shed blood, sweat, and tears in the studio and on stage, fashioning an undeniable, unsettling, and unique sound that would permanently alter the course of rock music!


“The Paradigm Shift is far from a radical change in the basic assumptions that fans make of their beloved nu-metal progenitors. Instead, on their eleventh studio album, Korn have managed to tap into what created those assumptions in the first place and dutifully deliver on every single one. If one were to listen to Follow The Leader before The Paradigm Shift, you’d scarcely notice a difference, and that’s a good thing” – Music Feeds”


For more information head to www.soundwavefestival.com