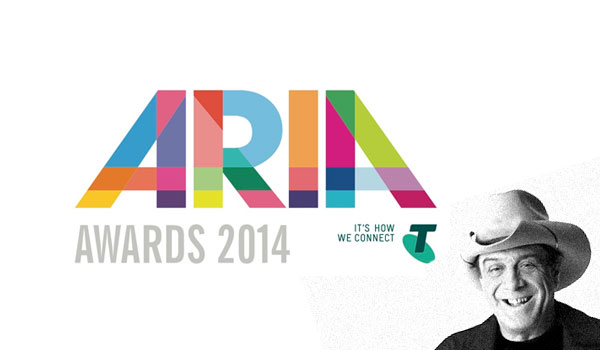 “To be recognised by my peers and to be the first person who isn’t a musician inducted into the ARIA Hall Of Fame is such an honour. To think for over four decades I have had the luxury of working in an industry that I absolutely love and am so passionate about and then to be recognised for it makes me reflect on what an amazing life I live. From the early days of Countdown with Michael Shrimpton and Robbie Weekes where it all began and still to this day, I thank you from the bottom of my heart for letting me share my undying love of this crazy, wonderful and never dull Australian music industry, long may it reign.”

“Molly, I wiped away your tears when you inducted me into the ARIA Hall Of Fame in 2011, and I wish you’d been there to wipe away my tears when I heard that you will be inducted into the ARIA Hall Of Fame this year! I can’t think of another person who deserves this honour more than you. Was it really 40 years ago that Countdown launched?! It became such a tradition for families across Australia to huddle by the TV to watch you interview our idols and to see our favourite bands perform on the show. The Australian music industry is blessed to have had you in our lives for over four decades and I love that the rest of Australia can celebrate YOU on November 26 when you are inducted into the ARIA Hall Of Fame. Congratulations and lots of love, Kylie.”

Forty years ago, Ian ‘Molly’ Meldrum and his signature hat came to the attention of households across Australia when he was offered the chance to host a new music show called Countdown, a program created by Executive Producer Michael Shrimpton, producer/director Robbie Weekes, and record producer and music journalist Ian ‘Molly’ Meldrum. For thirteen years, this ABC TV program showcased the finest, the newest, the up‐and‐coming local and overseas recording artists. It became one of the most-loved and most-watched programs on Australian television, and turned Molly into one of the most iconic and trusted voices on music.

Molly is a true national icon who for over 50 years has entertained and informed us about artists and their music.

Molly’s instinct for what the public would love to hear and see is unrivalled and the Countdown years, which started 40 years ago, made an immeasurable contribution to the Australian music landscape, not just in the big cities but in every corner of the country. It was truly must see TV and when Molly said do yourself a favour on Countdown on Sunday night, the orders from the record stores across the nation on Monday morning were amazing.

He was a true pioneer of music TV globally and his passion for championing artists, particularly Australian artists, was and remains as brilliant as it is unwavering.

In 1986, Ian ‘Molly’ Meldrum was awarded the Order of Australia for services to music and charities, and in 1993, he received an ARIA ‘Special Achievement Award’ for services to the music industry. And finally after thirty-five years in the making, Molly’s autobiography, ‘The Never, Um, Ever Ending Story’ was released last week showcasing Molly’s hilarious, vivid, warm and always compelling memoir of these incredible years.

On November 26, 2014, ARIA will warmly welcome one of Australia’s greatest music legends into the ARIA Hall Of Fame. We will celebrate Molly as a successful critic, journalist, presenter and record producer. We will also honour Countdown, the show that launched four decades ago and broke down generation gaps around Australia as it became a family ritual to watch every Sunday night, endearing Molly to millions of viewers across the nation with his legendary interviews with some of the greatest music and pop culture icons the world has ever known, from David Bowie and Madonna to Michael Jackson and Prince Charles.

“I’ve known Molly for many, many years and in that time he has been many things…a journalist, a producer, a music leader, and a sometimes pain in my ass. I’m so pleased to see Ian inducted into the ARIA Hall Of Fame and cannot think of a more worthy recipient. He has had a profound and significant impact on our music industry and I’m proud to call him my friend.”

“Go on, do yourself a favour” and relive the magic of Countdown and its host Ian ‘Molly’ Meldrum as they get inducted into the ARIA Hall Of Fame at the 2014 ARIA Awards Connected By Telstra. General public tickets are sold out, but fans can join the festivities on the David Jones Red Carpet from 2.00pm on Wednesday, November 26 at The Star, Sydney and watch the broadcast on TEN.

The 2014 ARIA Awards Connected By Telstra and ARIA Week are proudly supported by the NSW Government, through its tourism and major events agency Destination NSW.

The Star, Sydney | Broadcast on TEN