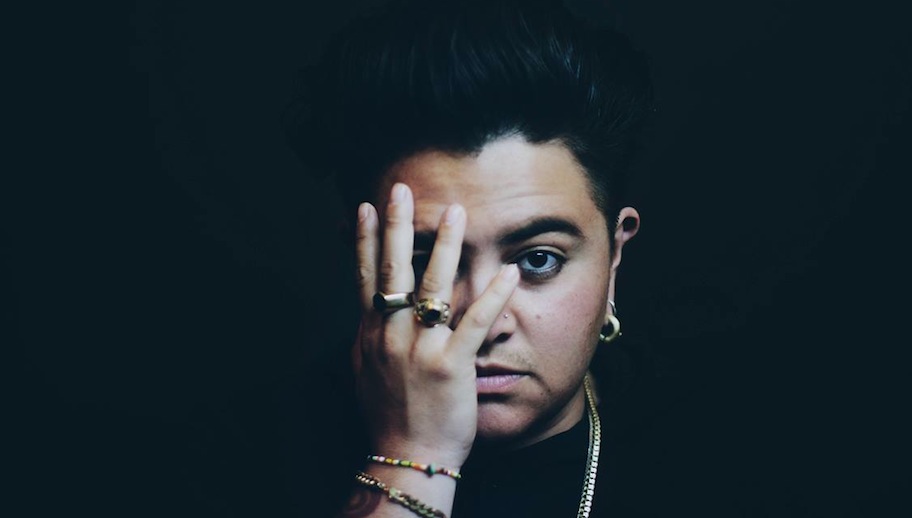 Australian singer/songwriter Mojo Juju is back  with the announcement of her new single ‘Think Twice’ and upcoming tour around Australia throughout August and September. The track, which is a collaboration with Jamieson Shaw (the man behind Netflix’s ‘The Get Down’ soundtrack) is yet another bold and effortless offering that we have come to expect from this soulful musician. While it’s a track that might instantly get you moving on the dance floor, the track explores politic themes as  Juju cautions political leaders to ‘remember who you are, remember how you got here’.

Spotlight Report had the chance to chat to Mojo Juju about her creative process, her new single ‘Think Twice’ and what we can expect from her upcoming tour. Read below

Since it’s our first time chatting to you at Spotlight Report, we might take it back to the beginning to get to know you better. So firstly, before going solo you were part of a band – in what ways has your creative process changed?

Every time I make an album it is a different creative process and playing in a band, it was a big band there was about eight people, and we kind of collaborated with one another to varying degrees but I guess I was always the primary songwriter. Whereas, I’ve since gone onto make albums which have been even more collaborative than they might have been with the band but ultimately, as a solo artist I have maintained the creative vision.

I read in a previous interview that you said ““Every song I’ve ever written has visuals, there’s a little movie that plays out in my mind, I guess” – Could you tell me more about that?

I think what I was trying to convey is that there is a cinematic quality, like I definitely enjoy music that has a cinematic quality to it and so for me, whether the melody evokes a certain kind of mood that in some way kind of conjours an image in my mind. So I might start with the melody, a beat or even a harmony and of course the lyric, which is the narrative. They lyrics is the story that is being told. I think there is many ways to tell a story and that can be through melody or arrangement of a multitude of instruments.

Makes me wonder, if you could write a soundtrack for any film or TV series which would it be and why?

So you’re about to release your new single ‘Think Twice’, can you tell me about how this song came about?

I kind of wrote this one, I started writing this one alone, I made a demo and I started writing the beat first and the lyric and melody followed and from there the different arrangements. For me the lyric content was sort of inspired in part by what was happening in Australian politics at the time and feeling a bit frustrated with politicians in particular I’m not a very big fan of Peter Dutton and there was a lot of stuff going around about immigration policy at the time. I don’t know I have been working on album that were touching on ideas about my own identity and part of that is being a citizen in Australia and how politics effects me. So it’s kind of an interesting one because it is a little bit of a frustrated and annoyed song but there also is this party vibe to it as well. I worked with Jamieson Shaw on the song, he produced it, and he has worked on a television series called ‘The Get Down’ which is on Netflix and it’s all about the birth of hip-hop and so we kind of bonded over a love of Michael Jackson and a lot of kind of pop music and soul-pop and a lot of music that was born out of the hip-hop culture as well. We sort of took those elements into the songwriter process.

I immediately heard it and thought of Michael Jackson. So it is interesting as you said that you have some serious themes likes politics but it is masked in a pop song. Do you think much of music is like that?

I guess, I think people have fun when they are listening to music. For me, personally, music has to have two criteria. One, that it moves you in an emotional level and two, I feel like I want music to move on a emotional level or a physical level and if it can do both than even better. So you know, you want something that makes you think and makes you feel and something that makes you dance and it’s as simple as that, well for me anyway.

So I take it that ‘Think Twice’ will be on an upcoming album – What sounds should we anticipate to hear on the new record?

I am definitely exploring new territory and it’s definitely moving much more into a very modern aesthetic. There is always part of me that has one foot in the past and one foot in the future and I’m kind of just in the right here and now. So there is a little bit of old Juju and there is a whole lot of new.

What are some of those records have you been listening that you think might have inspired or influenced ‘Think Twice’ and the upcoming record, which weren’t perhaps influences of your previous releases?

There has been so many great albums that have come out recently. 2016 was a really big year for music, I got really excited about the music that came out. Childish Gambino, Frank Ocean were great release. I am a huge Frank Ocean fan so I was really excited when he released that new record. I really liked that last Alabama Shakes record but I have been listening to everything from Rihanna to Kendrick to Alabama Shakes to Kanye. I don’t know there is a lot of stuff and I have just been absorbing everything but at the same time, I just want to try true to me and do my own thing.

Well there is a lot of music in the world that I love but not all of it is music that I want to make. I think sometimes that can be confusing, when you get really excited about something and you hear something new, it’s like really inspiring and then there is always that part of you that thinks ‘oh, I want to do that’ but at the same time, it’s like usually what makes that something good is that the person who made it was being authentic and so overall the essence of everything that you do should be trusting your own instinct and just remaining true to your own self and that is the only way you can make good music. If you are worried about trying to sound like someone else, it’s not going to sound right, honest or authentic.

With your music though, it is quite eclectic and it is quite hard to pigeonhole. Obviously you know who you are and you know the music you want to make but for me it would be hard to say that something doesn’t really sound like you because everything sounds like you because everything you do is different. As you said, no two records are the same. Does that sometimes confuse you?

For sure, and I feel like that there is a lot of pressure on artists to have a definitive sound and just stay doing what people expect from them. People want to hear the same thing but I don’t want to make the same thing over and over.

Ultimately, I want to be the kind of artist that people hear something and they go ‘That sounds like Mojo Juju’

And there is no other way to explain other than ‘that sounds like Mojo Juju’.  You know there are artists out there who have done that like Prince and Bowie. I’m not in anyway saying that I am equivalent to any of those artists but to aspire to something like that is really inspiration, to see the artists like that who manage to have whole careers where they didn’t manage to sound like anyone but yet their music was so eclectic in their influences. You can hear the funk, soul, pop, rock and all these different influences that they have but they only ever sounded like themselves.

Lastly, you are about to head on tour – so what can those heading to those shows expect to hear and see?