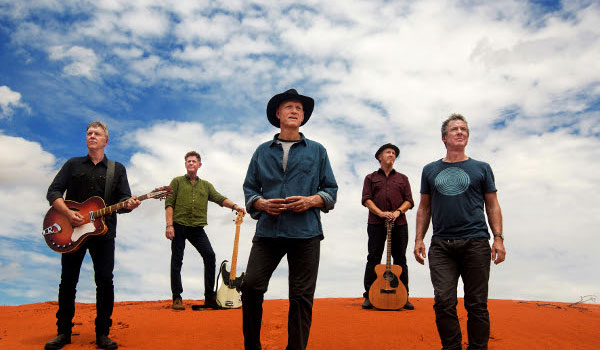 Midnight Oil kicked off their Australian tour in Alice Springs on Monday night to rave reviews.  Already tipped as the must-see tour of the summer, the Oils gave their audience a rocking reminder as to why the word iconic is so frequently attached to their name.

With the majority of shows sold out for their upcoming Australian dates, news of the last 1000 GA tickets being released for their Hanging Rock show will be widely welcomed.

The iconic and picturesque Hanging Rock venue has hosted a select series of concerts since 2010, with Midnight Oil’s Saturday 4 November concert selling out immediately when the tour first went on sale earlier this year.

For details of the Hanging Rock show and how to get there visit hangingrockconcerts.com.au/midnightoil.  The new tickets are on sale now and available via ticketmaster.com.au

Adding to the good news for Victoria, is confirmation that additional tickets have also just been released for Midnight Oil’s third Sidney Myer Music Bowl concert on Wednesday 15 November.  Tickets are also now available via ticketmaster.com.au

Don’t miss out on this last chance to secure tickets to see the Oils on tour.

UNLESS SPECIFIED ALL OTHER SHOWS ON SALE NOW