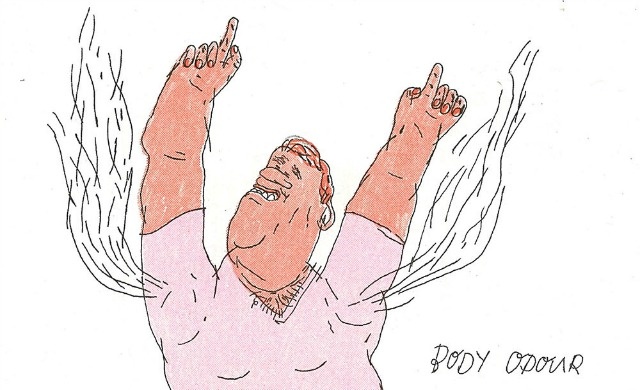 Ever been to a show recently and got annoyed at someone filming the entire gig through their smartphone? How about those hecklers, yelling nonsensical, stupid things from their mouths? Nobody likes a heckler and if you are one, then gtfo.

Reported by Noisey, Melbourne artist Olivia Grbac knows what’s up and has been working on a 16-page booklet titled Shit People at Gigs. Grbac has drawn accurate depictions which oftentimes, will make you look back on your history of shows you’ve attended, making you remember that person with awful BO or that teeny-bopper from The 1975 filming the entire gig while you struggle to see the band in flesh.

Grbac shares with Noisey that the whole concept started when she herself came across some shitty people at gigs. She says, “I was at a gig and this girl in front of me filmed the entire set on her phone. I was enraged afterwards. And then after many more similar incidents I realised “wow there are enough dickheads to fill a book”. And so Shit People At Gigs was born.” She also claims that the ultimate shit person at a gig is The Heckler, and she couldn’t be more right on that one.

Helio Press will be printing Shit People at Gigs and the launch for it will be taking place at Melbourne’s Old Bar on August 25. Live entertainment will be done by The Pink Tiles, Eat Man and Piss Factory.

Here’s a kick-ass sample of it below: