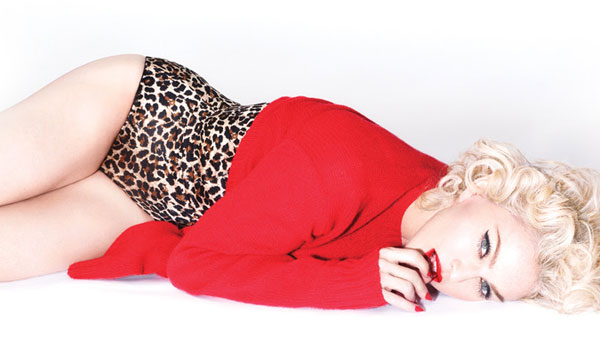 Live Nation announced today that Madonna will make a historic return to Australia performing live for the first time in 23 years as well as her first ever shows in New Zealand, with her Rebel Heart Tour.  The tour will kick off at Vector Arena on March 5th and 6th in Auckland, followed by the Australian dates presented by Telstra Thanks® and including concerts March 12th & 13th in Melbourne, March 19th & 20th in Sydney and March 26th & 27th in Brisbane (complete itinerary follows). Tickets go on sale Monday, July 6th at 10am.

The Rebel Heart Tour begins in Montreal on September 9th and continues throughout North America and UK/Europe. The Rebel Heart Tour follows the March 9 release of Madonna’s critically acclaimed 13th studio album – Rebel Heart – by Interscope Records.  A week after its release Rebel Heart debuted at No. 1 in Australia making it Madonna’s eleventh No. 1 album on the Australian ARIA Charts, tying the record for most number one albums on the chart.

Icon is Madonna’s official fan club. In celebration of Madonna’s return visit to Australia, Icon will host a pre-sale for current registered Icon members. Lifetime Legacy members of Icon will receive first access to tickets and VIP Packages starting Tuesday, June 23rd at 10am local times. Members of Icon from Australia and New Zealand, registered before June 15th 2015, will receive a special code to access to Icon pre-sales beginning on June 23rd at 12-noon local times.

Tickets for the Rebel Heart concerts in New Zealand and Australia will go on sale on Monday, July 6th at 10am through ticketek.com.au or 132 849 for Australia and ticketmaster.co.nz or 0800 111 999 for New Zealand.

Madonna’s Rebel Heart Tour in Australia is presented by Telstra Thanks. Telstra’s General Manager of Loyalty, Fady Taouk, said Telstra Thanks will be offering customers the chance to jump the queue for tickets to the Australian leg of the Rebel Heart Tour. “Telstra customers will have access to a pre-sale from Tuesday, June 30th at 11am through Thursday, July 2nd at 5pm as well a range of great experiences when the tour arrives in Australia.  Pre-register for a unique code now at telstra.com/music.”

In both New Zealand and Australia Citi® Cardholders will be eligible for a pre-sale opportunity beginning Wednesday, June 24th at 10am through Friday, June 26th at 5pm. For tickets visit livenation.com.au / livenation.co.nz.

My Live Nation members can access tickets during the pre-sale commencing Friday, July 3rd at 10am through Saturday, July 4th at 5pm.

TICKETS ON SALE
10AM MONDAY JULY 6

Telstra Thanks pre-sale:
11am Tuesday June 30 until 5pm Thursday July 2