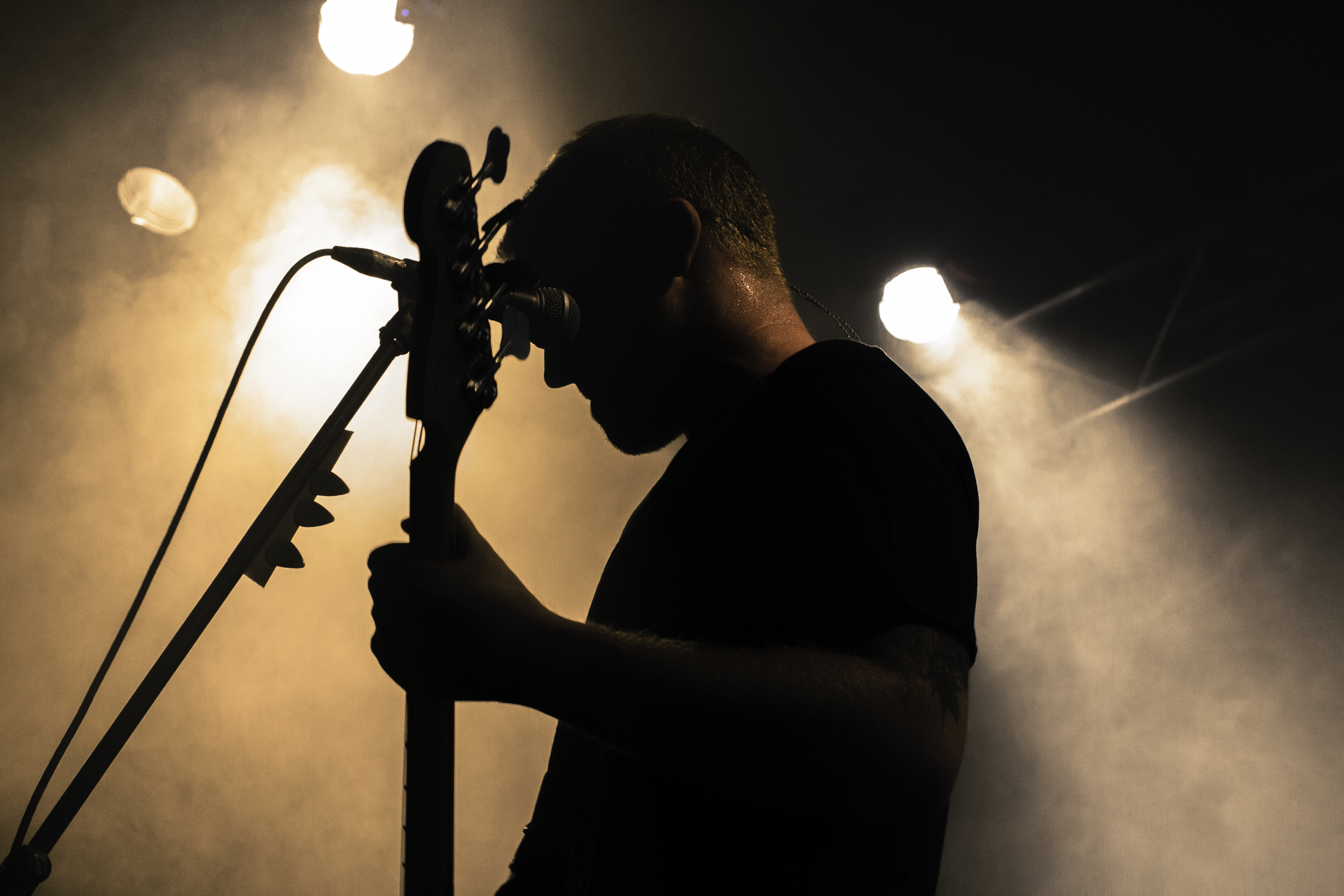 Saturday night. A prime time to hit up the Sydney CBD, get some cheeky drinks and see one of Tasmania’s finest bands Luca Brasi rip up the stage with their cathartic and electrifying set. Let’s just say the punters who attended the gig on Saturday were in for a wild ride – something their hungover selves wouldn’t regret as soon as they woke up on Sunday morning, feeling like shit and going about mundane things like running errands or getting ready for another week of work.

The Metro Theatre looked quiet and dull but things turned around as soon as Hobart band Speech Patterns came to life with their set. Though the audience were less than intrigued, the four-piece cranked their set effortlessly despite their lead vocalist feeling under the weather. Wavering between the genres of hardcore and punk, Speech Patterns took the stage with bundles of energy and the kind of charisma you’d like to see from any band.

Putting on a stunning performance, Maddy Jane kept her set fresh and dazzling.  It was incredible seeing someone in their early 20s making magic happen with her awe-inspiring tunes like “No Other Way” and “Drown It Out”. Her cover of Fleetwood Mac’s “Dreams” was indescribable – she did it so powerfully with ease, getting the crowd glued to her performance by her raw and smoky vocals. Having the perfect combination of Indie and Rock, Maddy Jane is a name worth noting down; she’s a lady you can trust to write a killer number.

Being a special guest all the way from the USA, Baltimore rock band Pianos Become The Teeth put a heart-ripping performance all the way through. It was the kind of band you needed to see for yourself; painful, honest and just downright magnificent. Playing tunes from their 2014 record Keep You like, “Ripple Water Shine” and “Say Nothing”, lead vocalist Kyle Durfey was embracing his vulnerability, connecting with the audience and being unafraid to share his naked soul with everyone. His vocals hitting the right notes and emotionally capturing the timeless lyrics he’d written. With mindblowing instrumentation of post-rock and emo soundscapes, Pianos let their energy flow fiercely, capturing their flawless and magnetic performance to the Sydney crowd.

Last time Luca Brasi were in Sydney was playing to a couple of hundred people at the good ‘ol Oxford Art Factory. You feel a sense of pride knowing you were one of the first ones to see them make their baby steps, and reach new milestones like playing an audience double the size of the OAF. Building hype to the Sydney crowd, “Tubthumping (I Get Knocked Down)” by Chumbawamba was playing. Already embracing those excited feelings, everyone just couldn’t wait to see Luca Brasi be in the spotlight, finally. Opening up with “Aeroplane”, the crowd were just at it from the get-go, pushing with mighty strength just to survive the chaos and hoping that by some miracle they won’t get kicked in the head by some random.

One thing you’ll notice from the Luca Brasi fanbase is people love to have a cheeky bevy or two – while it’s gotten old seeing people do shoeys and get sucked into the whole “party scene” of concerts, it was noticeable to see so many genuine fans singing back the lyrics to Luca Brasi’s songs with such spirit and joy. Playing new track “Got To Give” – the transition from hearing the recorded version to one that was played live, that in itself was a treat. The boys powered through their set like Energizer Bunnies, owning it and living for it.

The amount of energy and enthusiasm Luca Brasi have is something to be admired for; they are good-natured and humble individuals, but boy, do they know how to put on a fucking rock show. There are little moments in our lives where we take these things for granted, and sometimes we have to look at the integrity of the band. I will never forget how they approached issues such as sexual harassment at gigs and sharing their voice of concern on social media, creating a conversation everybody needed to hear. It wasn’t so much about seeing their set anymore – it was about Luca Brasi and just enjoying their journey and being part of the family.

Who else can write a killer song like “Anything Near Conviction”? Or have a fanbase that stresses the security team with crowd surfers coming from every corner of the venue. The answer is simple, but let’s not forget the passionate individuals behind Luca Brasi – the incredible minds that have worked together to get to where they are now. Some may say they are “living the dream” others would beg to differ, but if there’s anything that I can take from their Sydney show is that these guys are destined to get to places far and wide.

There’s a punk rock band from Tasmania you ask? There is and they’re fucking killing it. Luca Brasi – remember it.