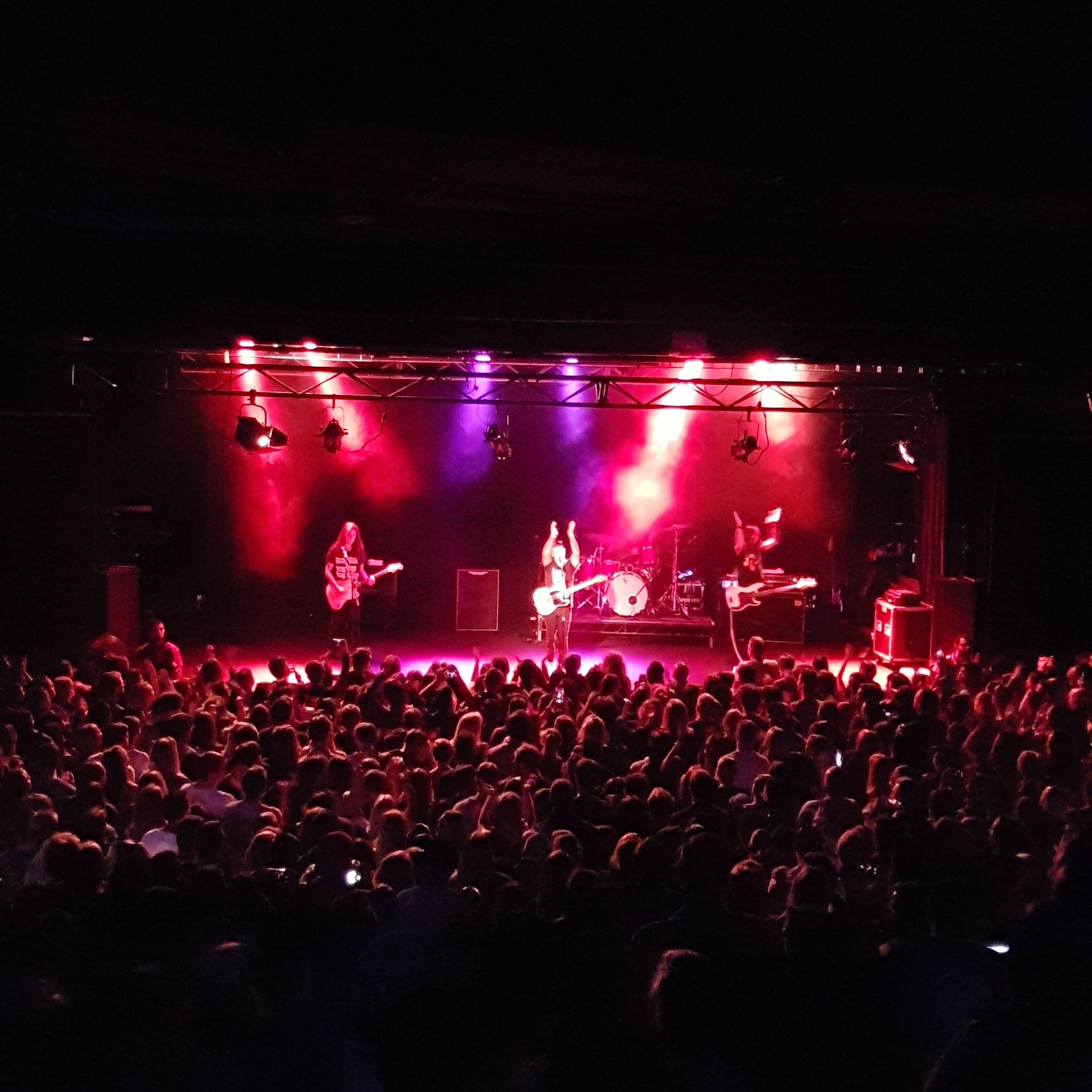 It was worth the wait to see the comeback of Dashboard Confessional. After five years since their last visit at Soundwave 2012, it only made sense to please Aussie fans after their absence, which seemed like an eternity. Fans ranging from those in their mid-20’s to early 30’s huddled up at The Metro Theatre, gleaming with anticipation as they waited for the band to set the stage. After some harmless teasing done by the lighting and sounds crew, the 30-seconds of silence and the dimming of lights were cues for the band to begin playing.

Back in 2012, it was only Chris Carrabba and his guitar, impressing thousands of fans as they sang along to stripped versions of songs that changed their lives as teenagers. Opening up with “Don’t Wait”, Carrabba and his bandmates played passionately, enchanting audiences with the hopeful lyrics attached to the song. You could hear the audience engaging already, thinking about the years they have lived and what they have done to get here at this point in time. “Don’t Wait” is a song about opportunity and not holding back when it’s time to grow and change. It was the perfect way to open a setlist, to keep punters excited for what was coming next.

After speeding through much-loved songs such as “Stolen” and “Several Ways to Die Trying”, the atmosphere changed when Carrabba was playing purely acoustic at the start of “Remember To Breathe”. He was captivating in his demeanour, quietly singing the lyrics like he was in his own little world. Breathtaking isn’t even a word that could describe how he performed that song and having the full band there made all the difference. In that moment, everyone was in bliss by such an atmospheric performance, even the band didn’t realise how much they exceeded everyone’s expectations of the night.

During the set, there was a clever segway after the song where Carrabba and his band started playing a part of Justin Bieber’s “Love Yourself”, adding a light-hearted tone to the night. It was a cheeky direction that people loved and it made people appreciate the unexpected cover songs that gave the band’s setlist a refreshing edge. As the night progressed, it wasn’t long until people were on the “feels” train as Chris started playing “This Bitter Pill”. This song is an emotional one with hard-hitting lyrics and he sang it with such beauty. Not to mention the voices filling up the room when the band started playing “Screaming Infidelities” leaving an enchanting atmosphere to the table. You could just tell that people were breathing the nostalgia, feeling like they were their younger selves for the night.

Concluding with “Hands Down” to finish off the night, the energy changed in the room where people were singing the lyrics that made them fall in love with the band. Some may have heard it on the first episode of One Tree Hill (where Peyton Sawyer almost runs over her soon-to-be love interest Lucas Scott) or stumbled upon the era when Myspace was still a thing people discovered music on. “Hands Down” captured the voices of every single person that night. There was so much hope, love and passion in the room, no other concert could match the vibe that was felt by the crowd. It was unspoken for but true – Dashboard Confessional gave the performance of their lives and that is the best gift a band could ever offer for their audience.