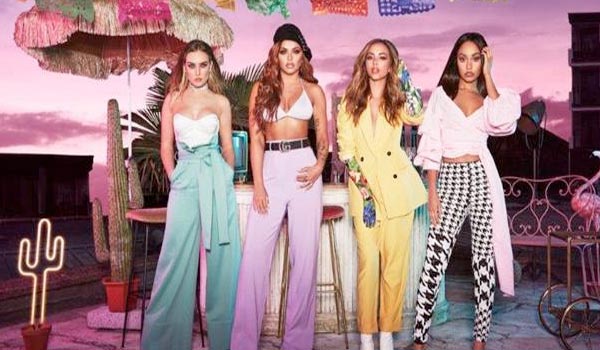 Due to a new promotional schedule for their upcoming single ‘Bounce Back’, Brit Award winners and pop superstars Little Mix have unfortunately had to reschedule the Australian dates on ‘LM5 – The Tour’ .  The Australian leg of the tour will move to December 2019, with New Zealand pop act Robinson as special guest on all dates.

The band apologises to all their Australian fans for any disappointment, but look forward to seeing everyone in December. Please contact your point of sale to exchange or refund your ticket.

Tickets for these new dates on ‘LM5 – The Tour’ are on sale now. The shows will see Little Mix perform songs from their brand new album ‘LM5’ such as the global smash ‘Woman Like Me’, new single ‘Bounce Back’ alongside their greatest hits including ‘Touch’, ‘Shout Out to My Ex’, ‘Black Magic’ and ‘Wings’.

Fresh off the back of winning a Brit Award for ‘British Artist Video of the Year’ for ‘Woman Like Me’, and two Global Awards for ‘Best Group’ and ‘Best Song’; pop superstars Little Mix today announce that five new Australian shows have been added to ‘LM5 – The Tour’ for 2019.

Kicking off in Sydney on July 3, the run of live shows takes them to Brisbane on July 6, Melbourne on July 8, Adelaide on July 11 and concluding in Perth on July 13. The band will then head back to Europe to start their massive European, UK and Ireland Arena Tour, which includes 5 nights at the London 02.

Exclusive pre-sale for Optus customers, thanks to Optus Perks from 11am local time on Wednesday April 3, concluding at 1pm local time on Friday, April 5. For more information on how to purchase, visit optusperks.com.au or download My Optus App today.