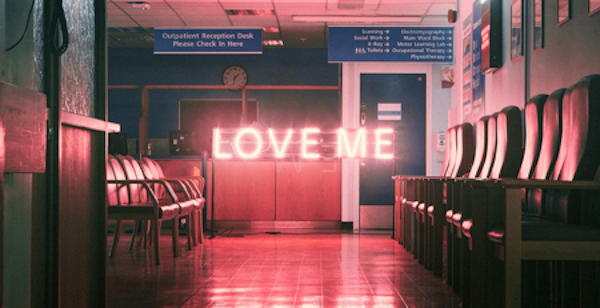 It’s been about four months since Manchester band The 1975 decided to disappear off social media and create a frenzy online. Since they have released clues in the form of letters, comics, and images that hinted towards a new musical direction. At last, the four piece band have released their new single ‘Love Me‘ off their highly anticipated second album ‘I like it when you sleep, for you are so beautiful yet so unaware of it‘ (yes, that is the album title, as Matty stated on BBC Radio 1). The album is expected for release in February.

‘Love Me‘ does not completely ditch the 80s pop influences of the first album but instead it’s an expansive extension of those influences, with many comparing it to David Bowie’s ‘Fame’, which  was initially released in 1975 – coincidence or deliberate? Knowing The 1975’s music nothing is left to chance!