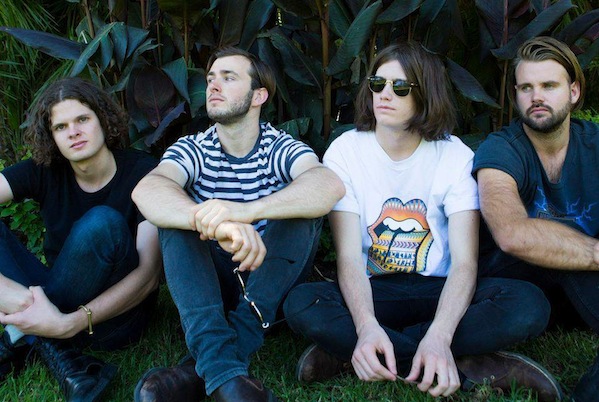 Sydney band UPSKIRTS, who is made up of Tom Kell, Nick Stillman, Harry Tuckwell and Mitch Noakes, have just released their third EP ‘Barely Moving‘ today! Listen to the first single ‘Nothing Happens in Roseville‘ below to get a taste of what you can expect off the rest of their EP. The track is a personal reflection of what it was like to go from growing up in the privileged Sydney suburb of Roseville to viewing life’s objective truths. The track, which was recorded with Tim Carr (Ernest Ellis, Matt Corby), sounds not unlike how the band describes themselves as sounding like “psychedelic, rock, shoegaze” and that it is.

“Roseville is an exceptionally beautiful suburb that some of us grew up in,”Kell says, “I feel privileged to have called it my home, but it’s so far removed from the world I’m now a part of – what seemed normal for me when I was a kid now seems so unreal. Bad shit is going on everywhere, inequality, exploitation, damage and suffering – but nothing ever seemed to happen in Roseville.” Listen to the incredible track below!