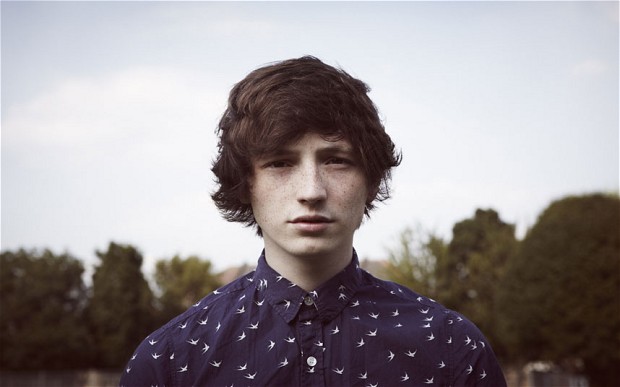 22 year old singer songwriter Lewis Watson, who started in the humble beginnings of his bedroom and found his fame through YouTube, may have a wide eyed and baby faced look that teenage girls swoon over but there is no denying that Watson is a serious musician and artist and his latest album ‘The Morning‘ (out now via Warner Music Australia) proves just that. The English troubadour has come along way from his first EP ‘It’s Got Four Sad Songs On It BTW’ – this album is not only just ‘four sad songs’ but its a lot more intricate and his sound is a lot mature than his first EP, but still has some way to go.

The opening track ‘Stones around the Sun’ couldn’t have been better, the soft drum beat carries the song the whole way through with its chant like chorus that makes for a powerful opener. Sadly, the same could not have been said for the second track ‘Holding On’. Known for his acoustic sound with only a guitar in hand, Watson is often compared to fellow acoustic singer/songwriter Ed Sheeran, which may be the case ‘Holding On’ and ‘Windows’, in which he just misses the mark. Perhaps, too influenced by similar troubadours like Ed Sheeran and Jason Reeves that Watson is unable to put his own distinct sound on it. While Watson like Sheeran does acoustic really well, there is a thin line between good acoustic and plain boring.

‘Into The Wild’ is another great track that was previously released on one of his older EPs, his imaginative lyrics creates a perfect scene of calming forest in autumn, which judging by the album cover may be Watson’s purpose – in that sense he has definitely succeeded.

An absolute highlight on the album is ‘Outgrow’. The ethereal melody is powerful, dynamic and put simply a beautifully heartfelt vocal performance. The restrained ‘Ghost’ is another example of Watson’s expressive, and raw vocals. The deceptively simple track, leaves Watson vulnerable with deep lyrics such as ‘But I am a ghost, just haunting myself’. His debut single ‘Stay’ is another storyteller with yearning heart-on-his sleeves lyrics.

The folky, and country tinged, ‘Close’ is lackluster track, Watson should stick to his trademark simple acoustic sounding tracks. Halo is a soulful ballad that once more highlights the distinctly raw power in Watson’s vocals.

The hidden track, that follows the less than impressive closing track ‘Castle Street’, is a enchantingly stripped back lullaby that finishes that album on high as it sums up Lewis Watson’s raw and exposed sound.

While Watson hit a few high notes with the album, there were a few misses as well. He has a long way to go before perfecting his craft, but there is huge potential.

Lewis Watson’s ‘The Morning’ out now via Warner Music Australia