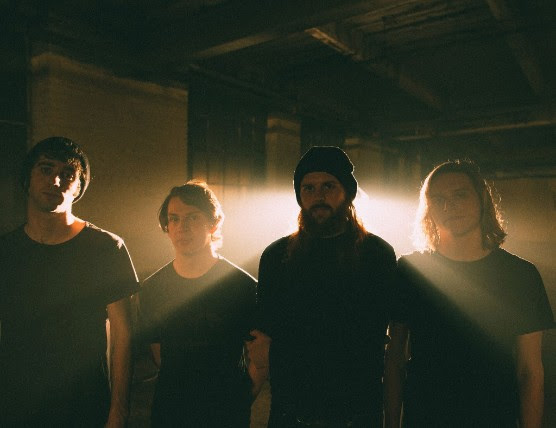 Have you ever felt like this before? Alone and not knowing who to talk to? Not really seeing the bigger picture of things because you’re afraid of what’s going to happen next?

It’s easy to be happy but when it comes to feeling depressed or fighting your demons, it feels like an ongoing battle. Now, Sorority Noise, an indie-emo band from Hartford, Connecticut have been making waves around the Alternative Rock scene for quite some time now. With harsh vocals, heavy-driven guitar notes and dark-tinged undertones, you get the perfect definition of what an ’emo’ band sounds like. But Sorority Noise aren’t like any band you’ve heard before. Well, for me anyway.

I guess what I’m trying to say is, it’s been a while since I’ve watched something confronting that hits close to home. Watching the music video for “No Halo” reminded me of a loss I experienced almost eight years ago; losing my dear cousin from suicide. Now, I don’t mean to go all 13 Reasons Why on you but I think in this 3-minute and six-second video, it begins to put together a montage of experiences one can go through if they’ve lost something. And loss doesn’t necessarily mean death per se. It could mean losing a sense of self-worth, an ending of a relationship/friendship or being defeated by a challenge. We all lose something in our lives and it could affect how we live at any given moment.

“But it’s those chapters, the ones we write for ourselves are what matter the most.”

I love how director Kyle Thrash depicts the stages of grief so accurately in this video. It’s confronting as hell and makes you think about things a little deeper. Yeah, grief is one thing, but how about losing faith? Not specifically in Religion but maybe it’s values you used to believe in with your whole life, only to have it taken away from you when life just let you down. I’ve been that person. I’ve been that person yelling and blaming another person’s death on someone. It was easier to get mad. It was easier to cry than bottle up my emotions. I felt alone, I felt scared and I wasn’t sure what I was doing at all.

Experiencing death changes you. You become weak at first but you come out stronger than you were before. You begin to treasure the moments you have with people, big or small. You start to show appreciation for people and not take it for granted anymore. It’s so easy to slip away from the ones we care about because we’re too caught up in the things that aren’t as important. And you begin to regret the things you didn’t say to people more when they were alive. I’m guilty of feeling like this, but it’s ten times worse when you know that somewhere along the way, you could’ve helped someone stay alive.

Death fucking sucks but it’s songs like “No Halo”, no matter how confronting and emotional, are what we need more of. It reminds us that it’s okay to be angry and to feel, most importantly.

Life isn’t a sure thing because we all know how it ends. But it’s those chapters, the ones we write for ourselves are what matter the most. You aren’t made of steel; you will feel broken sometimes. But who says you can’t fight it? Haruki Murakami once said, “When you come out of the storm, you won’t be the same person who walked in. That’s what this storm’s all about.”

All I can say is, thank you, Sorority Noise for reminding me of that storm. It’s good to know you beat your battles sometimes.