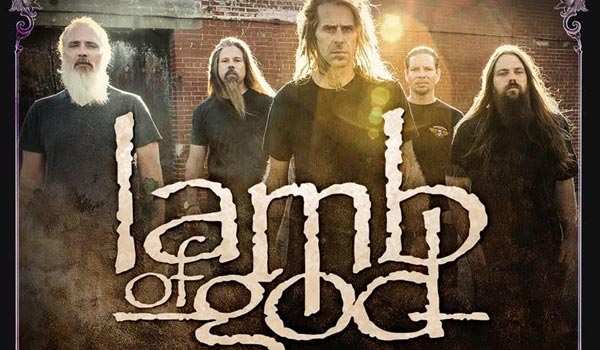 Heading to Australia as special guests to Slipknot, LAMB OF GOD will extend their tour tearing into Adelaide and Perth for two club shows.

Lamb of God will play headline shows at HQ Complex, Adelaide on November 1 and Metropolis Fremantle on November 3.

Tickets for both shows go on sale at midday on Tuesday June 14.

Telstra Thanks is bringing an exciting pre-sale just for Telstra customers from 10am Friday, June 10 until 5pm Sunday, June 12. For more information on how to purchase, visit: telstra.com/music.

For complete tour and ticketing details – including Meet & Greet Packages at all shows including Slipknot supports – visit: livenation.com.au


Lamb of God has been blazing mercilessly away at the forefront of heavy music for the last 15 years, upholding metal’s intrinsic values of honesty, intensity and creativity while also daring to push boundaries and think outside the heavy box.

Exploding into view with 2000’s seminal debut New American Gospel, the Virginian quintet inadvertently kick-started the so-called ‘New Wave Of American Metal’ at the dawn of the 21st century; and has notched up a succession of huge commercial hit albums and remorselessly toured the globe ever since.

Lamb of God’s most recent album VII: Sturm und Drang (released via Nuclear Blast Entertainment) charted at #2 on the ARIA chart being the band’s highest ever Australian chart debut.