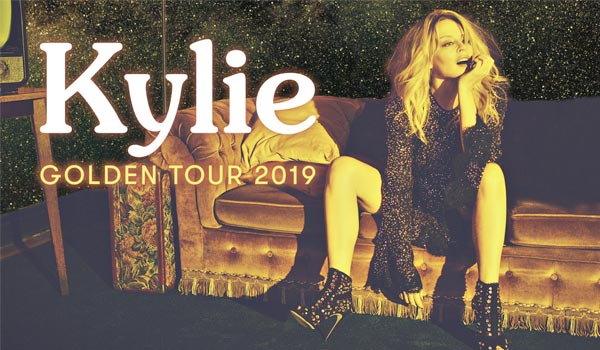 Frontier Touring is thrilled to announce that iconic Australian pop princess Kylie Minogue will bring her Golden Tour to Australia, performing a string of headline shows at arenas and outdoor venues across the country next March.

The Golden Tour marks Kylie’s first shows since 2015’s Kiss Me Once Tour. Cementing her reputation for a unique and captivating live show, each performance on the Golden Tour is a narrative connecting all Kylie’s hits into one glorious story.

A day on the green shows
with special guest Jake Shears & Hatchie
(plus an additional special guest to be announced!)
Visit adayonthegreen.com.au for more information.