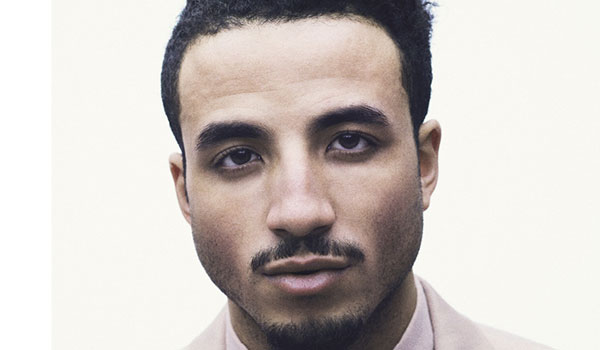 Swedish singer songwriter KIM CESARION has confirmed the release of his debut album UNDRESSED on June 20th through Sony Music Entertainment Australia. UNDRESSED is available to pre-order now, with tracks “BRAINS OUT” and “UNDRESSED” available instantly:http://smarturl.it/UndressedAlbum.


Kim has also confirmed that he will return to Australia from July 1st-4th for his second promotional tour this year to launch the album alongside his new single, “I LOVE THIS LIFE.”

Earlier this year, Kim Cesarion visited Australia for the first time to launch his debut single “UNDRESSED.” Kim immediately connected with the Australian public and consequently saw the single reach top 5 on the ARIA Singles Chart and achieve Double Platinum sales. The visit also served as a gateway for Kim to film the entire video for “I LOVE THIS LIFE” in Sydney – check it out here: http://smarturl.it/KimCILTLVideo.

23 year old Kim Cesarion is a Swedish singer and songwriter of Greek and Guadeloupe origin. He is a classically trained musician, having studied at the highly acclaimed music school Lilla Akademin in Stockholm, and plays several instruments. Influenced by his very own musical canon, funk masters like Prince and George Clinton set the standard: Kim Cesarion says that when performing live a true artist should give the audience an experience beyond the records; basically just make songs for the stage.

Kim Cesarion’s debut single “UNDRESSED” is well on its way to being a global smash with over 30 million streams worldwide, Triple Platinum sales in Sweden, Double Platinum in Denmark and Platinum sales in Norway, with the video boasting well over 10 million views so far.His debut album marks the beginning of what is bound to be an exciting new chapter.

NEW SINGLE “I LOVE THIS LIFE” OUT NOW:http://smarturl.it/KimCILTL

AND RECEIVE “UNDRESSSED” & “BRAINS OUT” INSTANTLY!