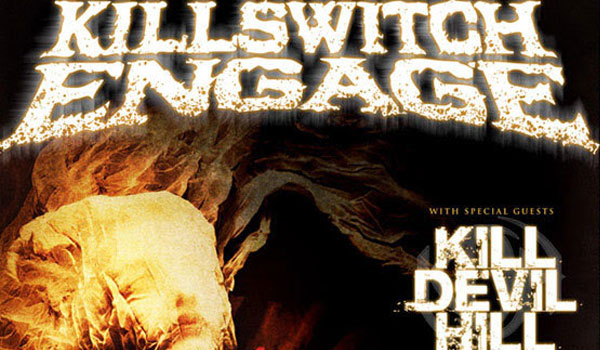 KILLSWITCH ENGAGE’s ‘Alive Or Just Breathing’ album was a watershed moment in metal in 2002 as it heralded the birth of ‘Metalcore’. Now, more than a decade later, KILLSWITCH ENGAGE have reunited with original singer Jesse Leach. “This change is very exciting,” the band said upon announcing Leach’s triumphant return. “We know you’re going to love it. This is truly a new era in KsE history and it is ready to shred your face off.”

However, KILLSWITCH ENGAGE have never coasted on the wave of prior successes and with the band in the form of their career and Leach spitting venomous vocals at every turn, “Disarm The Descent is an overdue return, a prodigal son story and their best album since The End Of Heartache.” – Kerrang!

Most so-called “supergroups” wind up being less than the sum of their already-famous parts. KILL DEVIL HILL, featuring members from such illustrious groups as Black Sabbath, Dio, Pantera, Down and Ratt is a splendid exception to that rule.

A supergroup in the truest sense of the word, KILL DEVIL HILL created a masterpiece on its self-titled debut and have raised the bar on their new album ‘Revolution Rise’…”it is simply one ass-kicking hard rock outfit making heavy as fuck rock and roll music”. Metalholic