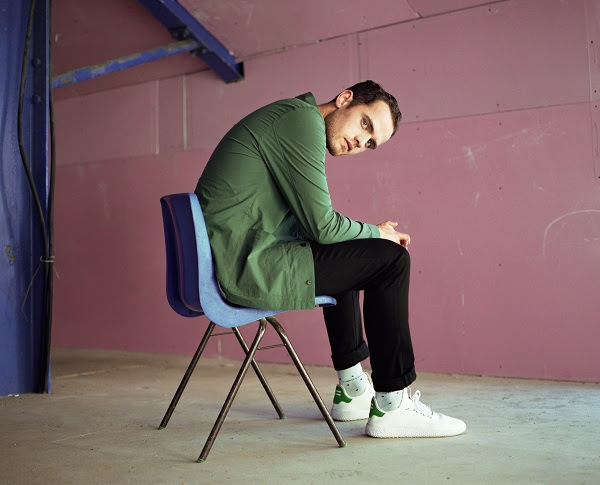 London via Brisbane artist Jordan Rakei has just released his new track ‘Nerve’ off forthcoming album on ‘Wallflower‘. The New Zealand born multi-instrumentalist, vocalist and producer has recently signed Ninja Tune for the release of the new album.

Following up on the release of the first single off the album ‘Sorceress’, ‘Nerve’ has a similar soulful quality, particularly in the strength of his heartfelt vocals that is reminiscent of James Arthur or Justin Nozuka.  But don’t get let that confuse you, his overall sound and aesthetic is not like either of those artist, instead Rakei’s sound is more on par with Ta-ku vibes, which is unsurprising as he has previously collaborated with him. I’d imagine much of the album will sound like ‘Nerve’ as it encompasses Jordan Rakei’s trademark contemporary soulful and R&B electornica sounds. Speaking on the new track and the upcoming record Rakei says “It’s about how the ego can fully control the way you act and perceive life”.

He has also collaborated with the likes of Disclosure, Tom Misch and FKJ, so if you haven’t already heard of him you most certainly will hear his name all over the place with the release of his highly anticipated new album ‘Wallflower‘ out September 22 on Ninja Tune via Inertia.