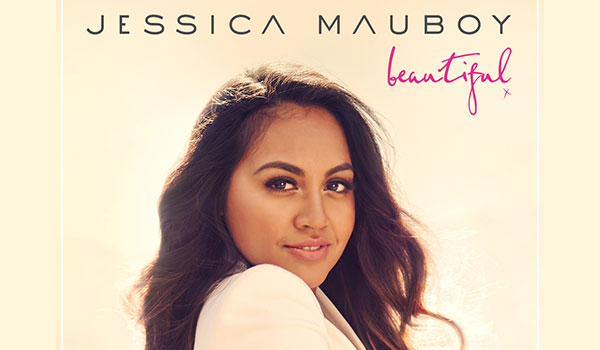 Jessica Mauboy has revealed her 3rd studio album; BEAUTIFUL, will be released on Friday October 4. The album features current Gold single To The End Of The Earth as well as forthcoming single Pop A Bottle (Fill Me Up) which will be available on Friday September 27.

To celebrate the release of the album, Jessica will be performing at a very special fan event and signing copies of BEAUTIFUL at Tumbalong Park, Darling Harbour in Sydney on SATURDAY OCTOBER 5 in conjunction with the NRL and Telstra Thanks.

Following this fan event, Jess will take to the stage at the NRL Grand Final on SUNDAY
OCTOBER 6 with her Voice companion, Ricky Martin.

November and January will see Jess hit the road with her first National tour presented by NESCAFÉ®. The tour will see Jessica visit all major metro and many regional centres across the country performing her biggest hits including songs from The Sapphires as well as unveiling brand new songs from her forthcoming album, including current hit single, To
The End Of The Earth.

Jessica Mauboy To The End Of The Earth Tour
Tickets on sale NOW!
*Maximum 10 tickets per person
Book through Ticketek www.ticketek.com.au or venue box office