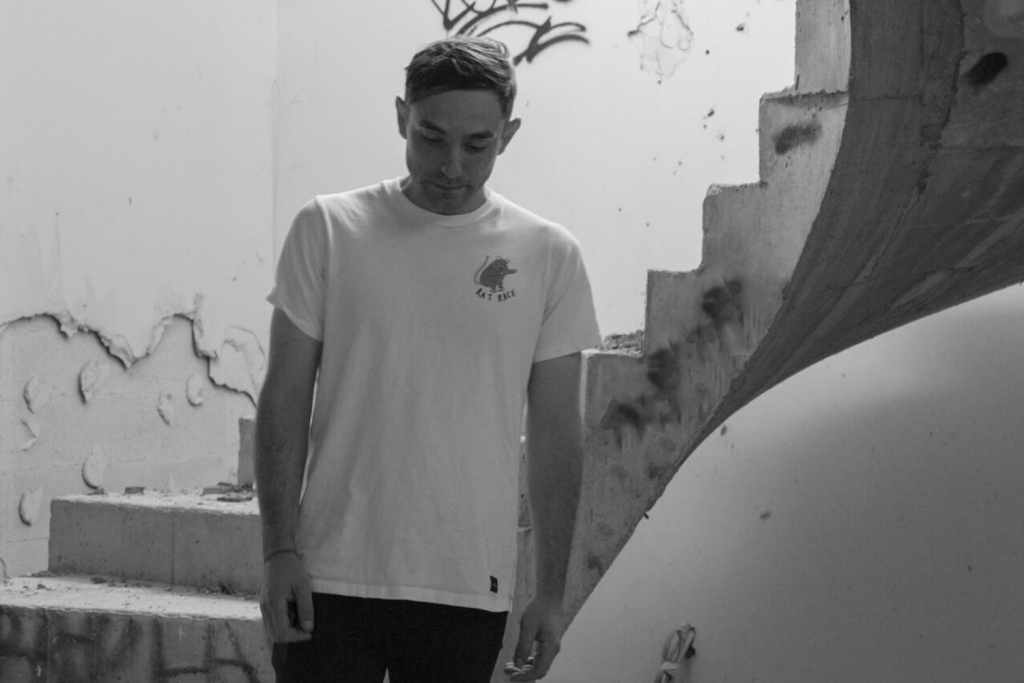 Coming from beautiful Kiama, NSW, Alternative/Indie-punk musician Jack R. Reilly is a talented man, and if you hear his latest single “Newland Street”, expect yourself to sit in awe by his powerful words and music. Other than being a fanboy of Pop Culture and Devonté Hynes (aka Lightspeed Champion / Blood Orange), Reilly is a passionate musician, already making waves within the local scene and showing immense love for anything creative.

Last year, he managed to release his debut EP Video Tapes and he has also toured with Into It. Over It, Kevin Devine and many more. We managed to chat with Jack about his music, what it was like working on Video Tapes and the moment he knew he wanted to become a musician.

How did you get started with music initially? What inspired you to pursue your passion in being a musician?

I was nine years old and I was watching the ARIAS on TV and I saw Frenzal Rhomb play “Never Had So Much Fun” and it changed my life, instantly. I have an older brother and an older sister who like music and my parents are big music fans, but after watching that performance, it like clicked in my brain that I just wanted to play music for the rest of my life. And that sort of happened.

In terms of like starting the music that I’m playing now, I played in a few different bands through high school and through uni and the last band I was in sort of ended. Pretty soon after that, I was watching my friend, Bec Sandridge who is a fantastic musician – she started playing solo around that time and that was very inspiring.

And also I saw Kevin Devine play the Harvest Festival and that was pretty inspiring as well. So, I started trying to write my own music. And also listening to Lightspeed Champion who is Devonté “Dev” Hynes, who also plays as Blood Orange and played in Test Isicles. Those three things got me going.

It must feel really exciting to be able to write your own songs after growing up and getting inspired by all this music. How do you feel about writing songs and calling it your own?

I still find that really exciting. And really helpful to have some of my thoughts be exercised a little bit and just be able to make sense of what’s going on in my head. Sort of have thoughts and feelings, having them manifest into a thing that’s digestible for me and also for other people. If they want to feel things or are feeling things, they can find a bit of clarity or connectedness or relatedness to anything – like it’s pretty cool for that as well. That feeling is amazing that’s like why I do it.

“I look forward to just the concept of writing a song in my room and then sharing it with people – I love that.”

Last year you released an EP called Video Tapes. What was it like working on that release?

It was really good and useful. I’d spend a few years before that trying to record a full-length and it didn’t really happen. I got really stuck creatively and then I had a conversation with a guy called Peter, who plays in Spirit Faces and he was talking about when he saw me early on in my career. I was doing a lot of film references and that kind of spurred me on to do a thing that sort of was a bit disconnected from what I was trying to do.

It was really invigorating to just kind of have a separate little project that was isolated and I didn’t have to think about, you know, putting myself totally out there or trying to work out what my statement was going to be. It was really useful when it came to writing “Newland Street” and everything that I’m doing now ’cause things can just be and they can sort of come from anywhere; their meaning or their purpose or their resolution often changes and is only really existent when you’re reflecting on it.

So, Video Tapes is really useful to get that order in my brain and cause it was an exercise in staying committed to an idea or a theme. And then when that idea or a theme is committed, the songs sort of come quite effortlessly and that was one of the main things I got “Newland Street” off the ground in a production sense. We demoed a million different versions of the track. You know “Adore” by Amy Shark? We like listened to that and just literally tried to recreate that with our “Newland Street” chords and lyrics. There were lots of different experiments being done but once we realised the idea of the theme was to just be sort of mindful through little moments – we committed to that and the song just happened and it was effortless and really cool.

Your music has been compared to the likes of Elliot Smith to Fugazi. Are there any other bands/artists that you’re sort of really invested in and want to apply their work to your own music?

Yeah, 100%. I’m a fanboy – like a huge fanboy for lots of different stuff. I love Elliot Smith, love Fugazi. I love, Bright Eyes, Kevin Devine, Into It. Over It. Laura Jane Grace did like The Mountain Goats study – I’m kind of trying to do the same thing now with Devonte Hynes Exploration. This week, I listened to his discography and I’ve been watching interviews and stuff. What’s interesting is that he’s a really sonic composer – the music is the main part it feels so I’m really excited to just dive deep into the lyrics and see what that’s about. I like comedy as well. I like Marc Maron – bit of like self-aware sort of comedy so it’s pretty cool.

So you like sort of stand up comedy or sitcoms?

It’s good to just unwind and watch funny stuff because you appreciate the script and the creativity that goes into it.

100%. I don’t know if it’s a cultural thing right now, but a lot of the way I relate to the outside world is through the prisms of like media. Whether it’d be like watching Spaced and posting about it or The Simpsons or Seinfeld shit-posting [laughs]. A lot of the connections are made via that sort of Pop Culture medium.

You’ll be doing some shows for your Newland Street Single tour. You must be really stoked about that. What do you look forward to when you’re playing shows?

I look forward to just the concept of writing a song in my room and then sharing it with people – I love that. But this tour in particular, I’m a massive fan of every single person playing and I get to fan out at every show really hard. I’m super grateful and thankful that all of the people that I’ve asked to play were able to. I love Max [Quinn], and I love everyone who is playing.

Catch Jack R. Reilly on the dates below for his Newland Street Single Tour!

Tickets available on the door for all shows