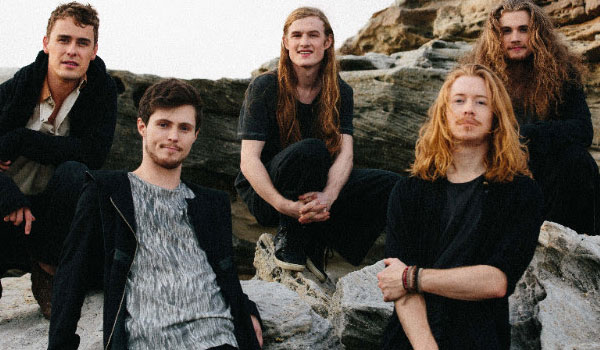 Fresh from recording their forthcoming debut LP, Sydney via Toowoomba alt-rockers Interim have just announced a bunch of Australian tour dates to kick off 2017.

Having previously impressed with their recent single ‘She’s The Devil’ the five-piece have taken their love of 90’s grunge and heavy guitar action into Airlock Studios in Brisbane to work with renowned producer Yanto Browning (Art of Sleeping, The Jungle Giants, The Belligerents) on their debut album. An intensive 13 day recording schedule has yielded results that deliver on the band’s early promise and shows that 2017 will be a landmark year for this up and coming act.

Interim became fast friends in high school, and it’s that core ethos of brothers living and working together that has seen the band collectively live and play in three different cities Australian over the past eight years. During this time, best mates Alec, James, Lachy, Jock and Matt have been working hard on distilling a sound that is uniquely their own. This fusion of scuzzy grunge, classic rock smarts and a heaped helping of heavy blues attitude is an antidote for hard rock fans drowning in a sea in a sea of alt light singer songwriters.

Recent winners and feature artists of Moshcam’s New Noise 2016 program, the band spent the year settling into Sydney’s inner west, writing their debut album and road-testing demos at their favourite dive bar ‘Frankie’s’. After two self-produced and independently released EPs, 2017 sees the band releasing their debut album through indie distributor MGM. Following several commercial record deal offers from established labels trying to leverage off the acting fame of Interim front man Alec Snow, the band made the decision to crowdfund the album via the goodwill of fans in a bid to maintain full creative control. The album will be released in the form of a new video clip and new single every month.

Having completed their debut national tour earlier in 2015 Interim have developed an intense and inclusive live show that celebrates everything that is great about good sweaty rock ‘n’ roll. With new material in the can, a schedule of single releases planned throughout 2017 and more miles on the road to cover, Interim are ready for a blinder and are taking as many of you with them as they can.