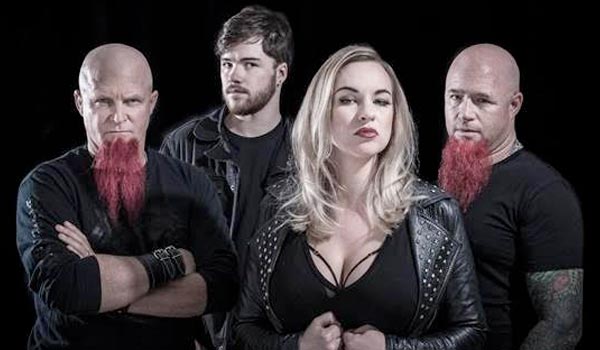 DEVILSKIN are a phenomenon in their native New Zealand, their Platinum selling debut album WE RISE entered the NZ national album charts at Number 1 and stayed in the top 40 for over 54 weeks! The band exploded onto the NZ rock scene with the infectious Little Pills and Never See The Light singles and was followed by the Number 1 airplay song Start A Revolution.

WE RISE was released on July 11, 2014 and went straight to the top of the charts remaining as the #1 Album and #1 Kiwi Artist Album for 3 weeks and achieving Gold sales after only 2 weeks. The album was certified PLATINUM in February 2015. In November 2014 the band released Live At The Powerstation DVD/CD.

In 2017 DEVILSKIN hit Australian shores in support of Halestorm (who supported DEVILSKIN in NZ) and now the band are coming back to hit the arena stages of Australia in support of Slash Ft. Myles Kennedy and The Conspirators.

For More on DEVILSKIN