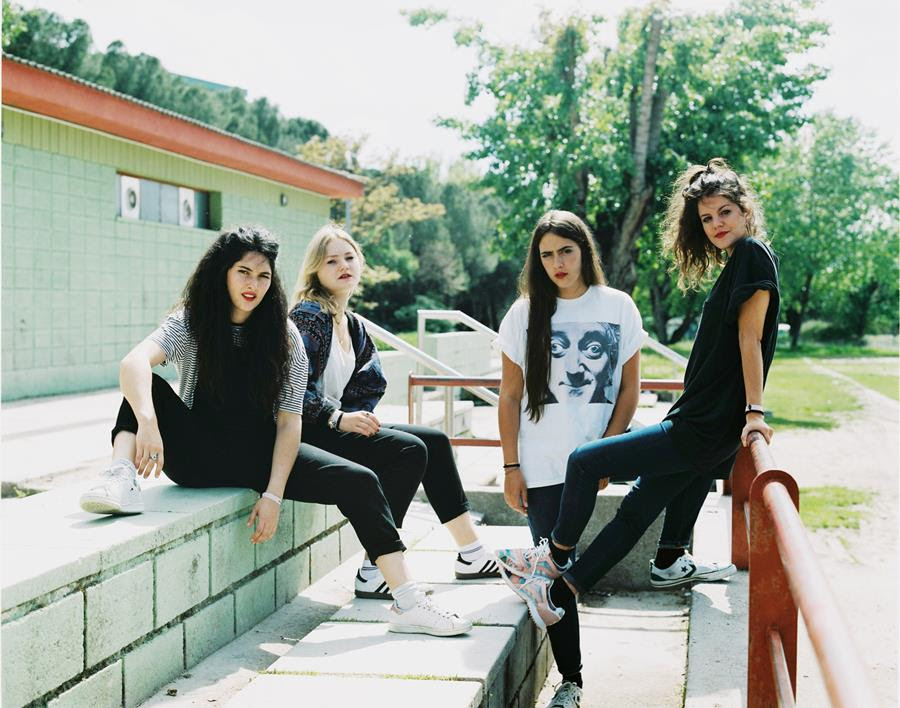 Hinds, is a four piece band made up by Ana Perrote, Carlotta Cosials, Ade Martin and Amber Grimbergen. The band who hail from Madrid, have been creating hype around their music for some time, receiving praise for taste makers likes, Rolling Stone, The FADER, BBC Radio 1 and NME and have impressed huge audience on stage at Glastonbury and Electric Picnic. They even brought their set all the way to Australia earlier this year, having wowed Aussie fans in  Sydney, Brisbane and Melbourne.

Their infectious grunge meets pop sounds is what fans can expect from HINDS’ debut album which they just announced. ‘Leave Me Alone’, the title for the debut album, is set for release January 8 on Pod via Inertia.

Today the band released a live performance clip of album track and recently release single “Garden” as part of the VEVO Dscvr Ones To Watch for 2016. Watch below