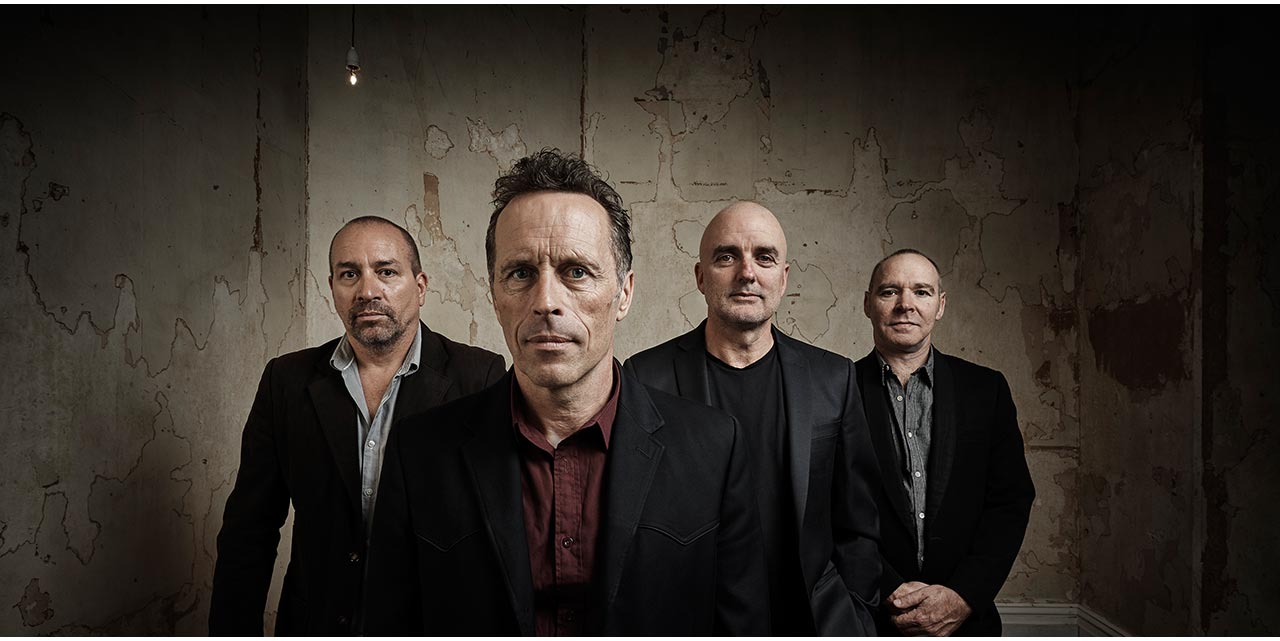 Mark Seymour is one of Australia’s most beloved musicians making his way into the hearts of Aussies in the 80’s with the band Hunter’s and Collectors. Since the split, Mark Seymour has continued writing and playing music, most currently with his band The Undertow, in which they have been touring the country and are soon to play the famous Twilight at Taronga shows this February 19th.

Thanks to the lovely Bianca from Super Duper, we got the chance to talk to Mark himself about the shows, the tour and a bit of Hunters history.

SR: You’re playing Twilight at Taronga in Sydney and Zoo Twilights in Melbourne in just a matter of weeks, having played so many shows in your career do you still get excited or nervous before a show or with a tour?

Oh, I always get nervous. It even surprises me that I just don’t seem to be able to do it calmly, I always have that little moment before I go on stage where I have that bit of quiet time.

At the moment we’re touring as a part of this festival, and it’s coming around pretty regularly and I’m kind of cool with that but normally I get quite nervous.

SR: You’ve currently been playing the Red Hot Summer tour with the likes of Jimmy Barnes, Noiseworks, The Angels and the Badloves, how has that been, and will the set be different from the zoo shows?

Oh it’s a completely different animal. We’re sort of mid-way down the bill of the RHS shows, and we’re playing to a really regional audience- which that’s the thing I love about it, it’s structured to get bands out into some really remote places and play to people who hardly ever see live music. It’s always great to do them because you go for some really long drives out to these regional towns and play football on some oval in the middle of nowhere. It’s a really good and relaxed feeling where you are playing to a broad age range from little kid’s right through to grandparents.

But that being said we’re midway down the set and we’re only playing 9-10 songs and it’s pretty much all the hits, whereas with these zoo shows it’s my gig, so I put on my show and there is a big range of types of songs where we have very quiet acoustic ballads and I cover a very broad range of material, which I’m really looking forward to.

SR: As much as this is Twilight at Taronga’s 21st year, it still seems a pretty odd place to have a concert. Do you have stories about any strange places where you’ve played before?

Oh man, I couldn’t begin to tell you, the amount of gigs we’ve done. The thing that always really amazes me is if it rains. Sometimes you do these shows, and I remember doing one in Tassie about 2 years ago and it rained, like really furiously rained and no one told us to stop. But there was this moment about a 1/3 into the show where I remember thinking “we could just stop”, and I looked around me and realised that no one particularly wanted too, so we just kept going. I don’t know how dangerous it was, but we just got through it. The crowd, that’s always amazing too, if the vibe is there punters don’t let it bother them and that’s very gratifying too. As far as outdoor shows are concerned [laughs]. That’s just one thing that springs to mind.

SR: Your new album Mayday was released last year, how have you found the response from that?

It’s hard to gauge really. I’m still making records and I turn them over every couple of years. You have to sort of gauge the way the media perceives it by the kind of questions you get asked. Mayday was a collection of very contemporary stories about contemporary Australia, and I thought I’d really combined a lot of issues together on one record quite successfully. I’d done a lot of research and my song writing has very much drifted into that area of the third party and I inhabit a character. There is one love song on the record- let’s just put it that way [laughs]

SR: 2016 seems to be a pretty huge year for you with the 30th anniversary of Hunters and Collectors album Human Frailty which has gone 2x platinum. Did you ever think it would get to this and that you would be a national icon?

It’s interesting that it’s gone double platinum because that was the curious thing about the whole H&C career because we just really struggled to be a commercial band, even when we actually got there. I mean, it took about a decade to get any commercial radio play, and Human Frailty didn’t get commercial exposure. I remember it used to get spot play on Homegrown on Triple M and that was pretty much it. Hunters were around prior to Triple J going national, so there was no real national network that you could connect through back in those days, and we were a band that kind of slipped through the floorboards so we just had to tour. Also, that album didn’t sell particularly well when we released it, even though we thought at the time that it was a commercial record – we were just incredibly naïve.

We never thought that it would be as popular as it became. Even having Throw Your Arms Around Me on that record we just recorded it in a shed in the city. It’s pretty strange really as we had no concept back in those days, knowing what I know now.

SR: Talking about Throw Your Arms Around Me, looking back, how amazing was it to play live for the first time, and how does it compare to now where you’ve played it live with the likes of Eddie Veder and thousands of people having covered it?

Someone should write a thesis on this song. To be honest, as I said, we had no idea what its potential was. There was just something special about how the melody fell over the chords- it doesn’t sound like a rock song. Even when you hear rock ballads played by other bands, Throw Your Arms around Me sounds like it’s in its own genre – it’s like a Celtic kind of Hymn. You could play it in a whole different genre and it would work, you could do it with banjos, or mandolins, or Irish pipes. It certainly didn’t fit in with the set that we were playing back then, that’s for sure.

I remember when I came up with it I was listening to Van Morrison a lot, and I’d come out of the Crystal Ballroom kind of punk scene and that idea of something being sung with that level of sensitivity and with such delicacy with a romantic feeling- it was just all new territory for me. I wondered if you could make this work on stage in a pub. I didn’t even think it through that rationally and id just started writing a 3 chord pop song.

SR: You were inducted into the Aria Hall of Fame in 2005, who would you like to see inducted this year?

Oh, I heard Crowded House were going to be. I don’t know where I heard that from and don’t hold me to it, but I’m sort of a sentimental fan of that group.

Like being stalked or something? [Laughs] no, I don’t have anything like that. Oh, there is too many.