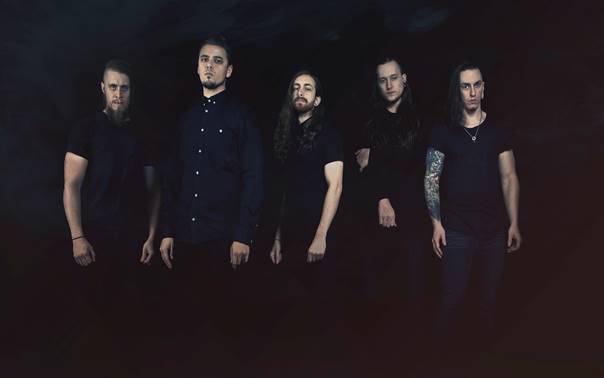 As a follow-up to Fallujah’s critically acclaimed sophmore effort, The Flesh Prevails, the band’s latest offering, Dreamless, has certainly not disappointed their ever-swelling fan base. Next month, the San Franciso prog metallers are heading Down Under to play a series of shows with Killswitch Engage during which antipodean fans can catch the guys live for the very first time. Thanks to our good friend, John Howarth of Nuclear Blast, we got to speak with frontman, Alex Hofmann, about the upcoming tour, his influences, and some of his thoughts about touring and travelling.

You’re heading down to Australia next month with Killswitch Engage. I know this will be the first time Fallujah will have toured Australia, but have you been here before?

Yeah, I’ve been once before with my family. Actually, my sister did a semester abroad at Griffith on the Gold Coast, so we had a bit of a family trip down there years and years ago. Luckily I was of age and fortunately went. It was the end of the school year and I was 18 years old. I witnessed your fine Australian celebration known as Schoolies.

Oh dear. I don’t know what to say except… sorry!

Yeah. It was a bit of a mess… bit of a mess. But yeah, I’ve definitely been there. It’ll be at a different time, though, luckily.

Will you get much downtime while you’re here and is there anything in particular you’re looking forward to doing?

Yeah, we have days off in Auckland, Sydney, and half a day in Melbourne. We also have a lot of friends down there so we’re going to get shown around and get the local treatment. For me, the best part of touring is being able to go and explore and see what you have to offer in terms of, you know, food and booze and sights and partying – that kind of stuff. That’s what I like to do for fun, so hopefully I’ll be able to get to do that with my friends and it’ll be exciting. Actually, this whole thing worked out really beneficially for everyone because we get this time off in those cities, which usually doesn’t happen when you’re on tour. Have you had much online interaction with your Aussie fans? Have they been sending set list requests and stuff like that?

Yeah, yeah definitely. I mean, people have been asking us forever to come down. The reality is that you’re never going to know how it’s going to go over until you get there. And I think for this tour it’s a bit of a different genre, which is a bit of a risk; but that’s something Fallujah’s used to doing because we’re used to touring with different sorts of bands. But it’s definitely going to be strange to see. It’s always a bit difficult going to a new territory for the first time. You’re like, ‘Alright – are the fans going to turn up? Is it going to go over well? Are the new fans going to like us?’ There’s always a bit of risk involved, but that’s nothing new for our band.

You’ve got 3 full-length albums under your belts now, along with a couple of EPs and earlier demos. After this tour cycle, when do you expect to head back into the studio to start working on new material?

I don’t really know, but I do know we’re going to have to start writing it this year. It’ll probably be around the summertime that we get back down to it. How much is actually going to get done this summer I’m not really sure. But at least for now, we have a bit of a plan as to what we’re going to tackle. You’ve got to sort of take your free time and down time and maximise it as much as possible.

Your sound has been praised by critics and fans alike because it’s so innovative and atmospheric. Who are some of your main influences? I know you’ve said before that the progressive element comes more from 80s bands, like The Police and The Smiths, rather than the prog metal world, for example.

We all take various influences, like music for film – especially the music that’s paired with the scenes themselves and the emotions that are conveyed. We also love varying degrees of electronic music – some of the more electronic Radiohead stuff. All kinds of electronic music… And then of course, there’s the classics, like Gojira, Meshuggah, Cynic – those kinds of bands. It’s more about what kinds of emotions you’re trying to convey, as opposed to straight ripping it from bands you’re into.

Yes, your lyrics are very emotional and evocative. Are you the sort of person who carries a notebook around to jot ideas down in, or is it more of an immediate thing, for you?

I think it’s definitely got to be what I’m feeling at the time. I can’t work with lingering ideas or lingering feelings – I’m definitely impulsive, in that sense. What I’m feeling at the time is going to be representative. I can’t really dwell on an emotion that I felt years before to try to make it sound convincing. It’s very much what’s going on in my life at that moment, and I think that’s true for the whole band.

What’s usually going through your mind when you walk onstage in front of an audience?

Usually it’s me being like, ‘Oh my God, I hope they move.’ I cannot stand playing shows in front of people who just stand around and do nothing. As time goes on, shows get less and less intimidating. When I walk onstage, all I’m thinking about is, ‘My God, I hope this isn’t fucking painful and they listen to what I say when I tell them to do it.’ Nothing is worse than being onstage and commanding a crowd to do certain things and then just watch them stand there with their dick in their hand.

What’s the wildest thing that’s ever happened at a Fallujah show?

During a show? Two days ago, I watched a guy bring a girl onstage, pick her up from the stage, and then like catapult her into the crowd. It was really strange. It was this really tall guy and this really, really tiny girl. I actually stopped singing for a second because I was like, ‘Ohhhh shit!’ That was definitely pretty interesting. There’s that… And I’ve been like tackled onstage – twice, at the same venue, under different circumstances, by different people, while I was playing. Tons of crazy shit’s happened at Fallujah shows. You know, kids like to get wild.

Was music always passion of yours, growing up? What sort of a kid were you?

Yeah, it was definitely always there. I’m from a very musical family. I was definitely kind of a bratty loudmouth. I’m a bit more soft spoken now, but when I was a kid I was very much in everyone’s face; there was definitely a number of friends whose parents didn’t like me at all. Yeah, I was just kind of a little asshole. My parents would say not much has changed.

Which singers did you look to for inspiration when you were starting out and who are your all-time favourite frontmen?

Some of these bands also double as my favourite vocalists ever. When I was starting out, I really into Chino Moreno from the Deftones, David Gahan from Depeche Mode, Gavin Rossdale from Bush, Morrissey from The Smiths – those were all my favourite guys to watch live and they also all had really unique voices. I’m really into female vocalists now, though, for the most part. Female-fronted bands are my favourite style of music. But all those guys I listed were the ones I was into in the beginning and I would still list them as my favourite now.

What would you say your career highlight has been, to date?

We’ve done a number of things. I think there have been a lot of cool moments. Hellfest in France was cool. That was the biggest show we’d ever played. Doing 70000Tons of Metal last year was cool. Various shows we’ve played, here and there, all the travelling being in the band has enabled me to do…that’s the kind of stuff I look back on and really cherish. But I couldn’t really say that there’s been one quintessential career moment. There’s definitely been a number of different ones.

Where in the world would you like to play that you haven’t yet?

I know you’re really into graphic design. What other hobbies and pursuits do you get into?

Yeah, that’s sort of my side gig. I also make electronic music – I’m really into techno and deep house. When I’m on tour, that’s the biggest way that I stay creative: making dark, underground electronic music that’s kind of more atmospheric and repetitive and sort of hypnotic. I’ve never really been into the EDM thing; underground styles have always grabbed me more. Even when I’m tour with the band, I’m always making tracks like that.

Is this something you think you’ll record and release as an album?

Yeah, absolutely. I mean, I used to DJ back in college and for other underground bands here and there, but the tour schedule kind of makes that difficult. I don’t really have time when I’m home to mix and master my own tracks. When all of your energy’s kind of being focused on Fallujah, you’re kind of writing and writing and writing. I would need a significant amount of time off to hone a new record.

If someone could wave a magic wand, where would you like to be in five years?

I get asked that question a lot and never know how to answer it. Hopefully not broke. Whatever it is I’m doing in five years, I hope I’m not broke. Which is kind of ironic, considering I do this (laughs).

I was reading an interview where you were talking about the fact that you grew up together, as a band, and how your worldview has been shaped by travelling and interacting with people. How do you think you’ve grown, most significantly, and what advice would you give your younger self, if you could?

Travelling has sort of taught me that saying, ‘The more you , the less you know.’ I think it’s very easy for people to command and say what they know about the world until they’ve actually been there, you know? I’ve had such a wealth of experience and met so many different kinds of people from all over the world through touring. All it’s taught me is I don’t actually understand any of these places – it’s so much more complex…it’s so much more diverse than I ever thought they would be. So I think I’d tell my younger self to never deal in absolutes; because, whatever it is you think you know, you actually have no clue.

How would you describe yourself in 3 words?

Do you have a message you’d like to send out to your Aussie fans ahead of the tour?

Yeah! Show up, buy merch, I’d like to go home not broke. Thanks. It’s like, ‘If you like the band, please show up. It’s as simple as that.’