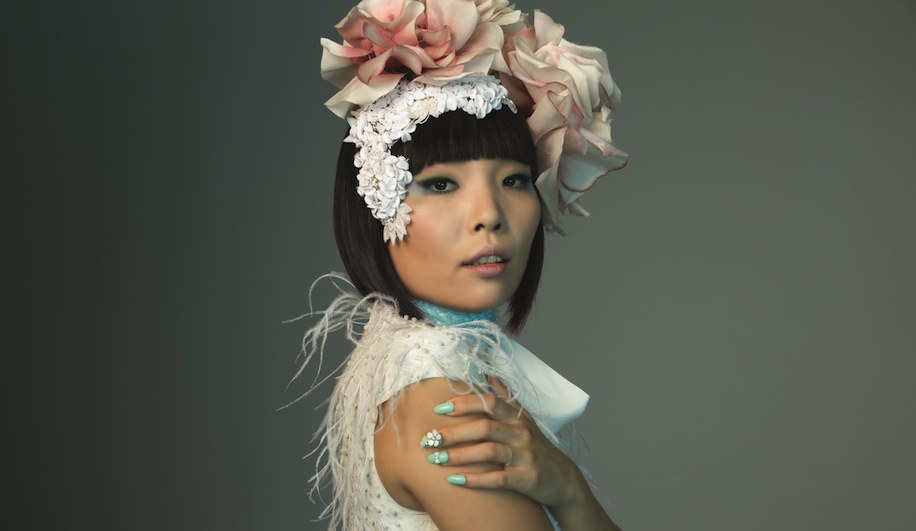 Thanks to Sony Music Australia, Spotlight Report had the chance to chat to the lovely Dami Im about her latest album ‘Heart Beats’ – her first full length album made up of her own material. Dami also exclusively shared the news that her cover of Macy Gray’s ‘Beauty In The World’ will appear in upcoming Australian film ‘Paper Planes’ which star Sam Worthington and more.

It’s a dream come true for me once again. I have always wanted to make this album, an original album and it’s finally out there now. I have been working on it for the past year, which was such a big year. We’ve been busy doing all these different things and the X-Factor and all that but I found time to keep writing and working with different writers and recording. So to have something that really represents me as an artist, is something that I’m very proud of and I’m so happy that it is finally out for all my fans to hear. They have been waiting for it for so long, they’ve been asking me saying ‘Dami, when’s your album coming?’ and it is finally here.

So was it all new material that you’ve written after the X-Factor or did use some older material? In the end, they all become brand new stuff like completely new and newly written. The ones that I have written in the past, they were mostly in the style of gospel and in Korean as well so I just wanted to start fresh and I’ve learnt so much while being on the X-Factor, so I wanted to reflect that and put that into my new music.

Speaking of the Korean gospel music, I read somewhere that you were saying that writing pop songs in English was a bit difficult as it was a new experience. What was particularly challenging about it?

I guess firstly, I was just not used to writing songs in English. It’s completely different, you know, the way you describe things in another language is a completely different concept altogether. You can’t really translate things literally, it just has to be different. Also I guess it’s more pressure because obviously more people are going to want to listen to this and I just wanted it to be perfect and that didn’t really help so I just had to keep focusing and re-focusing and think that I am doing this because I want to express myself not make music for what other people want to hear. I just wanted music that was good and from my heart. In the end it got called ‘Heart Beats’ because I felt that every song came from heart.

This also begs me to ask the question will we one day get to hear this other side of Dami? I would love too.

Most of the tracks on the album were co-written expect for the title track which was written solely by yourself? Was there a reason why this particular track was written by yourself?

Well I worked on this album for the past year and there was a stage where I thought ‘alright. Now it’s finished, let’s pres splay’ But than I felt like I just needed that one more song that could just really finish off this album and it all felt incomplete. So I started writing at home and than out of nowhere this melody came and the words came. I was just so inspired to write and this song just came straight from my heart and I sang it to Noah, my husband, and he said ‘Oh My Gosh, that is the best thing I have ever heard’. He was so excited by it and he said lets name it ‘Heart Beats Again’ because that is part of the lyrics and I just thought ‘Wow’. This song really summaries why I do what I do, why I live and why I sing. It really just sums up the meaning of this album and which is why I ended up calling the album ‘Heart Beats’ from the title of this song.

I guess I like the two of them in different ways. Heart Beats Again is really special because it just came from the most honest spot from my heart, it kind of just flowed out. Whereas, Speak Up is more amazing, for me, vocally because I just got to try to really just Speak Up and push the vocal range that I could produce and push myself to the limits. Because I think that is what my fans wanted to hear from watching me on the X-Factor. I found this new range and discovered that I could sing all these notes that I couldn’t before and I just wanted to explore what my limits are. I think I got to do that and show that through that song Speak Up.

It’s definitely one of those songs that you just lay there with your eyes closed and really just listen, not do anything else but listen to your vocals and soak it in– I think that’s what makes it so special.

Thank you! You know that interlude in the middle where I just do adlibs. That part came about when I was in the studio in Melbourne and John Hume who is the co-writter just said do whatever you want to do, do whatever you feel like doing. And so I started doing these runs and these notes and after I finished we were like ‘Wow, that was actually pretty cool’. So we kind of just left it like that just to see and if it was bad we would just get rid of it but when we listened to it back we just though ‘Nope, let’s not re-do, let’s just keep it like that’!

I’m glad you left it because it really is a beautiful inclusion, which brings me to my next point, you’ve also included in the album Macy Gray’s ‘Beauty in The World’ – with most of the album your own music, what was the reason for this inclusion?

Well it’s such a great song to begin with but I guess I got asked by a movie producer if I wanted to do a track on their movie and this movie is going to be released at the end of December or January and it’s a huge Australian movie. So they asked if I wanted to sing this song for the movie so I just thought that was a great song, and it’s going to be a great movie and I just wanted to put a different spin to the song. So we changed it up a bit with ukeles and different arrangements. So that was basically how it ended up on the album.

Can we know what movie it is or is it supposed to be a surprise?

What I can tell you it’s going to star Sam Worthington.

Is that the one with the paper planes? I’ve been seeing that trailer a lot lately…

How did you know? It’s not out yet, is it? You probably know more about it than I do.

So you’re supporting John Legend, what is one thing you are looking forward to on those shows?

I’m looking forward to everything you know John Legend is such a legend. I love his music, I love his voice and his musicality.

I was actually hoping to do a tour at the beginning of next year, my own tour, but I thought supporting John Legend would be such a great opportunity to learn and absorb how he does it.

And to see how the master carries out his music and how he connects with the audience. I really just want to see that. His fans probably like really good music that is really stripped back deep music and well, that’s what I want to do. So I thought it could really work and to support him really just makes sense for me. I’m so excited about it.

Speaking of your own live shows, how do you think the album will translate live? The album is so grand and full sounding, so when you do it live will you strip it down and do them acoustically or you think you will go all out with a big band?

I think for this tour I am thinking of doing it more stripped back because that’s what John Legend is doing – he is doing a stripped back acoustic show. So I want to do something like that as well. You know probably just keys or guitars, or something very intimate. I think that sometimes its just better when you want to communicate the true message without too much going and you can just focus on what you want to say.