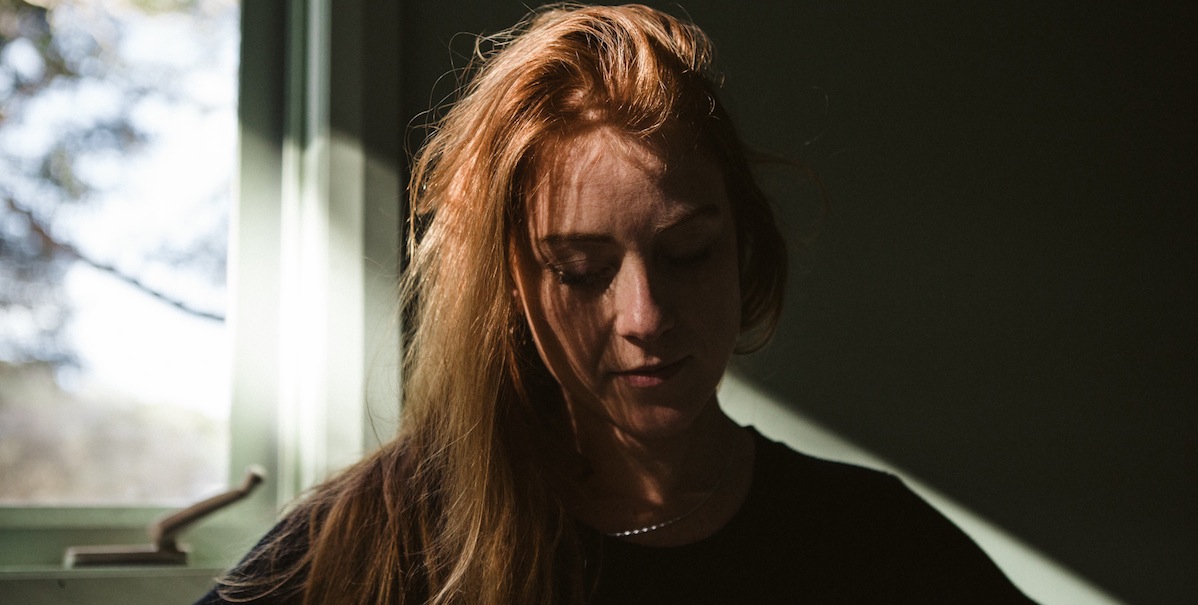 Bree Tranter is no stranger to the Australian indie music scene having worked on stage in Matt Corby’s band and as part of The Middle East. But now Bree Tranter has created a stunning long-awaited debut album entitled ‘Another Night On Earth‘ and it’s time the spotlight is shone on her.  Tranter is heading to tour this album, her first headlining tour since the release of her EP over two years ago, dates below.

Bree kindly took the time out of her day to share with Spotlight Report what she is looking forward on tour, what we can expect from it and how she has grown as an artists since The Middle East parted ways 5 years ago.

So it’s your first solo headline tour in over two years, what are you most looking forward to with these shows?

I’m really looking forward to actually headlining a show. But it’s a lot of work and I really love getting up on stage and playing music with my friends. I like when the crowd comes to support you and it’s a really nice gathering.

It seems like a lot of the album come from your personal experiences – are you nervous about performing them live?

Yes, definitely. There are pretty emotional things that I have written about and when I came back off tour this year for another person that I work with, I had some time to think about my album tour and practising these songs that have been quite an emotional journey for me. I’m pretty nervous that I might cry or like maybe I will be too stiff or too unemotional. The ideal for me would to be a nice mix of the two. I’m super nervous about it but I’m also pretty excited to be able to artistically and emotionally present something to people so they can understand the weight of what a particular songs means. Because when they see it live and they actually see the artists it is really important and being able to see these emotional things go on between the heart and the head. Seeing them perform that will there whole heart is pretty powerful, and it kind of just moves you.

Your music has a cinematic quality to it, and your music videos have stunning visuals, so would you say visual elements are important you as an artist?

Yes, but I don’t think I aimed for it directly. It’s not like I thought ‘I’m going to have visuals all the time’. It happened as a natural interest of mine, maybe visuals kind of help me feel the song as well in a different way. Like when I am out in nature and it influences me and helps me understand why I am creative or why music is so important to us. I don’t know, for some reason I just started to really love filming and working with people that film. I love to capture beautiful things to try portraying emotions in a different way. I have no idea why I am interested in that, I think maybe it’s just something I am really drawn and now I have joined it with my music and it’s just paired together. I am really excited for the live shows because there will be some live visuals that I put together as well and it’s going to portray the whole story of what the album is about and the things that have been in my life. So I’m really excited that people get to see the visuals at the live shows.

Your sound is so lush, and I have read in the past that you’ve learnt from your time touring with Matt Corby not to bring laptops on board with your performance. So I wonder how that will translate live? Will you have a big live band backing you?

Yes, I definitely have gotten used to having laptops on stage for a long time, like with The Middle East and with my own music touring with my own EP. I mean technology has gotten a lot better these days but it’s a lot of stress for me thinking about having something on stage that could crash, whereas, I know humans won’t crash on stage. I don’t know, I just feel like if I can have all my friends on board than I’d much prefer having a live band sound because everyone can feed off each other and no one is freaking out about the computer that has a job to do and they can be quite slow. So I’m pretty excited to have a full band which I’m super grateful for because I don’t have any money so they are just friends helping me out and I’m pretty damn lucky. I mean not a lot of people get the opportunity to have that, and that is why I do understand that you do need to have laptops on stage. Most people don’t get the luxury to have a full band because they can’t afford it so I don’t think that anyone that does bring a laptop on stage is terrible. I’m just like that is cool, that is just how it is and I just got lucky with some friends, so I probably won’t have laptops on stage.

How do you think you have grown as an artist since being part of The Middle East?

I think I have definitely had to become a more confident person and I have more of a goal doing this seriously had I think when you make decisions within yourself you need to be more confident. People keep encouraging me to do this, so I must be good. So if I believe I am good than I am going to become more confident. I had to grow to that point I was just naturally there. And now, I am a stronger singer and that changes the way I write music and the way it comes out. I also believe in team work a lot more instead of just fighting to be heard, I just now think its fine to just work part of a team and therefore, your music can just develop as it did on the album.

Do you think having always played with bands, it makes it more nerve wracking to perform by yourself ? Or do you think this newfound confidence helps?

It definitely goes in stages, a little while back I would have definitely been very nervous thinking it so different when you are just in the background on stage with Corby. But now I have gained enough confidence to say ‘nah, I’ve got this’ and it can be really fun. It wasn’t fun at the start because I was so nervous and that just led and it can be a hard thing leading a band. I’m so used to supporting people being in their band that I thought ‘fuck, it is really hard up here’. I mean you’ve go to talk the crowd, work with the band, remember all your parts but I think I will be alright now. I might be nervous at the start but it will be ok. I mean it is a huge transition.

What is something we could always expect to find backstage at your gigs?

That’s a pretty interesting question (laughs). You will always find my brown boots that I wear on stage every time I play.

Are they a lucky pair of brown boots?

I mean I wouldn’t label them my lucky brown boots but they make me a little bit taller and it makes me feel good. So maybe they are my lucky boots without me labelling them that. I have never done a show without them, or maybe just one show. So you won’t catch a show without them being there, even if I’m not wearing them, they will be there.