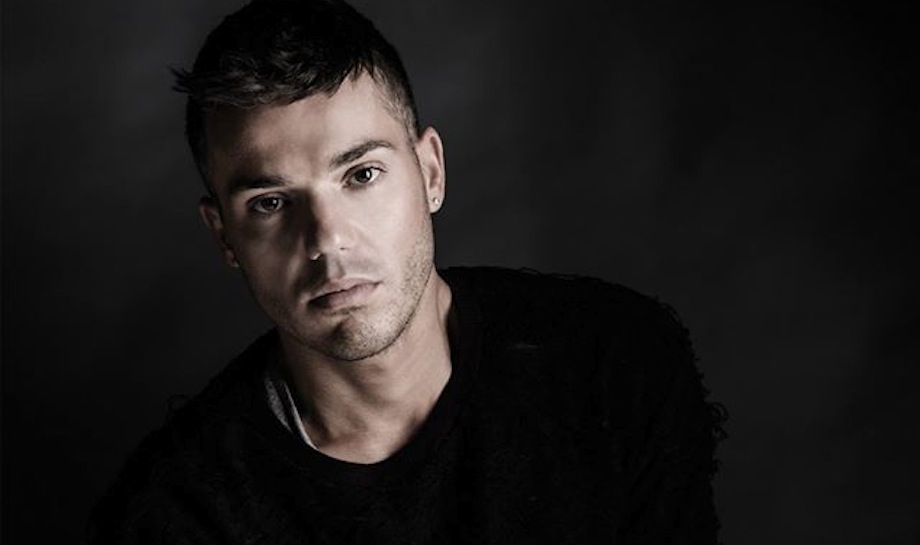 Despite being only 33 years of age, you could classify Anthony Callea as an Australian music veteran with over 12 years experience in the spotlight and since the release of his award winning single ‘The Prayer’. Some many years, and several records later, Callea has returned to Sony Music, the label who launched his career to create a stunning album, entitled ‘Backbone’. The album is a collection of reinterpreted covers that has inspired Callea throughout his career and it is out now.

Anthony Callea kindly took the time to chat to Spotlight Report about what it was like to revisit these iconic songs, recording the album with live instruments and touring around Australia. Read our interview below

So let’s talk about your new record ‘Backbone’ – can you tell me the concept behind it?

Well the concept behind it, is essentially these songs from the 80s and 90s are songs that I have grown up with and they are iconic songs that are part of so many people’s musical landscape but I wanted to present them in a different light. I wanted to bring to the surface a different perspective of these songs. So I stripped all back to get to the core of them and get to the backbone of them and really hone into the lyrics and the melody of these songs and hopefully, when people listen to they get new meanings and these songs gave me a new understanding of where they were coming from. It’s one those beautiful things about music. You can constantly get something new and different from music, each and every time that you listen to it.

As you said they are all songs that we all know and love but the 80s and 90s have such a catalogue of amazing music, so why these specifically? Was that have a special memory attached to any of the songs? These are the ones that stuck with me the most. They jumped at me when I decided to put an album together so I said why fight it? These are definitely the songs I want to work. So they way that I approached it was getting into the studio and it was just me and James the producer. So we locked ourselves in the room with a grand piano and honed in on these songs and approached them as though we were writing them or singing them for the first time. So there was no rules or restrictions, it was just basically ‘let’s see where this takes us?’

You recorded every instrument absolutely live and real without any sequenced sounds – which as you say is quite rare. Why did you opt to do it that way?

Because it is honest and its truthful and I believe that is crucial when you are putting an album like this together because my number one job here was to communicate these songs and there is nothing better than performing live. So I really wanted to bring that into the studio, so I had live strings and cello, saxaphone, grand piano and vocals. It was just, I believe, a really beautiful experience making an album with all these live elements. It’s music so let’s use musical instruments rather than computer.

I assume that some of the value you get from live music comes from your background with theatre as it is all live. Do you think that theatre has impacted in other ways in your creative process?

Well I don’t really have a background in theatre, I have done some theatre in the past and in that past twelves years here and there. But I wouldn’t say I have a background in theatre but I have always performed live. At the age of 15 or 16, I started gigging professionally and started going into the studio. I think the influence for me with my music was growing up listening to great live singers, especially great Australian singers, the likes of Rick Price, Jack Jones, John Farhnam, and Tina Arena. These are all great Aussie live performers that I liked growing up and I was very lucky that my parents listened to great Aussie artists that have inspired me to do what I’m doing now. I just wanted to be one them and it is a testament to them because they are so good and what they do. Even to this day, they are working in some shape or form still and still being extremely successful and I believe that comes down to being amazing at their craft and they are great live singers and they have helped me through my entire career and I think that it is a really beautiful thing.

Absolutely! Since Australian Idol, you have come full circle and you have resigned onto Sony Music after all these years – What’s it like to be reunited with the label that kicked off your career?

It’s so great to be back. I’m so happy that they were open to my idea of recording ‘Backbone’ and they have been so amazing to work with to be honest. The entire team, and I feel as though they have a really great understanding of how the industry works, hence why they are so successful. But at the same time they are music lovers and that really helps when you are with a label that appreciates great music and they appreciate live music. They are there supporting me, so it’s amazing to be back at Sony and I’m very happy that they have allowed me to make the album that I want to make and it’s not a conventional album and it’s not the cheapest album to make. Because when you are doing everything live, that costs a little bit more money than usual but they have allowed me to make the album the way I want to make the album and so I’m forever grateful for that.

So you are currently on tour around the East coast – How have they been so far and what can fans except from the shows ahead?

For me there is nothing better than going out there live and with this album it is so suited for that live environment. I have done two shows so far and the amount of fun we have on stage each night is just ridiculous and being album to bring this album to life on stage is a really beautiful thing. Everyone loves music and we have all grown up with this music so in terms of what to expect it’s a lot of soul, lyrics and melodies that we are all-familiar with but just presented in a different light.

Lastly, where is the strangest place you have ever heard one of your tracks being played and what was your reaction to it?

Well here is a funny story, I was sitting on a plane once and I we were waiting to take off and we were sitting there, and I had my seat belt on and I hear this song playing and I’m think ‘Oh My God, I know this song’ and the flight attendant kept on walking past me and kept on looking at me with a bit of a grin on her face. Then she walked past me again and she was just chuckling and in my head I’m not singing alone but I’m kind of mouthing these lyrics and I’m thinking ‘Gosh, I know this song but why do I know it so well’ and at I’m still sitting there. It was the end of the second chorus that penny dropped and I realized that was one of my songs and then I was like that must be why the lady was looking at me weirdly as I was trying to work out what song it is. Obviously I was extremely jetlagged. (laughs)