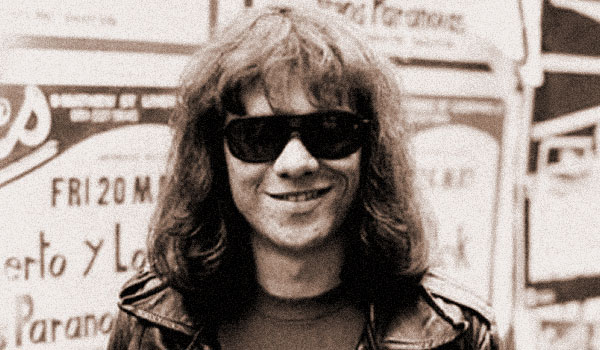 Sad day for music, as legendary drummer Tommy Ramone, the last surviving member of the iconic punk band The Ramones passed away at the age of 65 at his New York house, after being in hospice care following treatment for bile duct cancer.

We are saddened to announce the passing of Ramones founding drummer Tommy (Erdelyi) Ramone. #RIPTommyRamone pic.twitter.com/kDBNMpn4Tp

Tommy, was the mastermind behind the hit song “I Wanna Be Your Boyfriend” and part of the all-time classic “Blitzkrieg Bop” and played on the albums, Ramones (1976), Leave Home (1977) and Rocket to Russia (1977).

Our thoughts and prayers go out to Tommy’s family, friends and fans world-wide