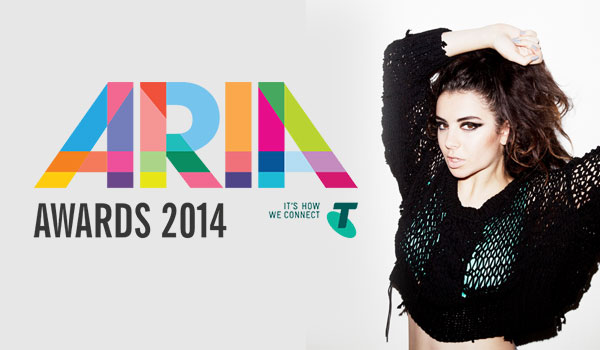 Tickets to the 2014 ARIA Awards Connected By Telstra have SOLD OUT, but fans can join in the festivities on the Red Carpet Presented By David Jones from 2.00pm on Wednesday, November 26 at The Star, Sydney and watch the broadcast from 7.30pm on TEN.

ARIA is thrilled to confirm that British singer songwriter; Charli XCX will attend the Awards as a presenter. Charli XCX features on, and co-wrote, Iggy Azalea’s #1 Billboard hit, ‘Fancy’ which is nominated in the public-voted Song Of The Year category. Charli XCX is no stranger to the ARIA charts; having written hit singles for Icona Pop and her Platinum smash ‘Boom Clap’ is an ARIA Top 10 single. Public voting has closed and we are delighted to report that votes have increased by 50% on last year.

This year’s ARIA Industry Icon Award is proudly presented to Denis Handlin AM, Chairman & CEO, Australia & New Zealand and President, Asia. The award will be presented by his long-time friend and industry colleague Molly Meldrum, with Jessica Mauboy at the ARIA pre show Chairman’s Cocktail Party.

The award is made in recognition of Denis’ outstanding contribution to the development of the Australian music industry, in particular Australian artists and industry copyright and reform matters.

In an ARIA first, fans can get closer than ever to the glitz, glamour and behind the scenes action of the awards with CRASHTHEARIAS.COM, a digital experience for mobile, tablets and PCs, developed by presenting partner Telstra.