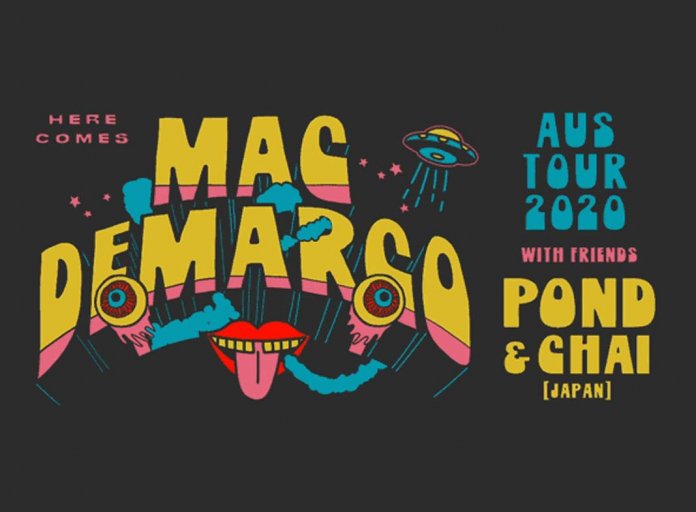 MAC DEMARCO has announced a return to Australia and New Zealand in January 2020 for HERE COMES MAC DEMARCO, a summer headline tour that brings the Mac spirit to audiences down under, on his biggest-ever headline run.

Mac has invited his friends, West Australian psych-rockers Pond and “Neo-Kawaii” bubblegum punks CHAI from Japan, to join him on this magical mystery journey down the East Coast. WA punk outfit Cold Meat will open the show in Perth.