For the first time in Australia- the definitive original line-up!

KillRockStar Big Dog Entertainment are thrilled to present Happy Mondays for the first time in Australia- the definitive original line-up!

Fusing the euphoric elements of acid house and rave with joyous indie guitar pop, Manchester’s Happy Mondays became one of the most influential UK bands of the later 20th century.  Instigating a cosmic psychedelic shift that is still being felt in music today, the Mondays delivered a salvo of classic tracks and club anthems that were not only highly danceable, but contained enough visceral emotion and raw chemical energy to continually excite and engage a generation.  Tracks like Step On, 24 Hour Party People, Wrote For Luck, Loose Fit and Kinky Afro showcased the band’s unique ability to unify the divide between dance music and rock ‘n’ roll.

With an original line-up that included Shaun Ryder on lead vocals, his brother Paul Ryder on bass, lead guitarist Mark Day, drummer Gary Whelan and the legendary Mark “Bez” Berry on dance and vibes, the Mondays released their classic debut Squirrel And G-Man Twenty Four Hour Party People Plastic Face Carnt Smile (White Out) in 1987 to widespread critical acclaim. The albums that followed,  1988’s Bummed  and then Pills ‘n’ Thrills and Bellyaches in 1990 were received as instant classics and cemented the Mondays at the forefront of the UK scene the press had dubbed as ‘Madchester’.

The band’s 4th album Yes Please! was released in 1992  after which various incarnations of the band followed as did the 2007 release of Unkle Dysfunktional which saw continuing to tour the globe to much acclaim. In 2012 Shaun Ryder announced that the original Happy Mondays line-up would be reuniting and a sold out UK tour quickly followed. 2012 saw the release of Double Double Good and more sold out shows around the planet. The band recently reconvened in the studio for the first new album with the original line-up in 20 years which is due for release in 2013.

For the first time in Australia- the definitive Original line-up!

Friday 3 May Brisbane. The Tivoli 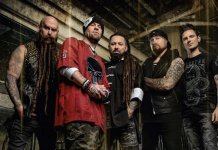 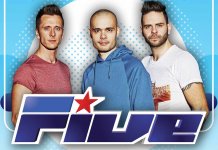 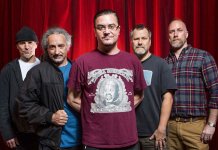