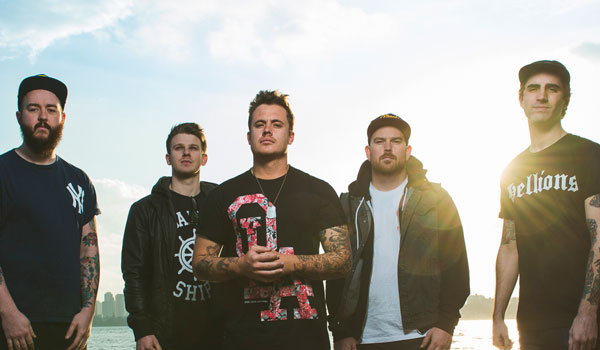 HAND OF MERCY have this week released the next track ‘Static’ from their forthcoming album Resolve on October 31 via UNFD. The track was premiered this week on triple j’s Short Fast Loud program and has garnered over 8,000 views on the youtube video in just one day.

Resolve is the first album to feature the vocals of Nick Bellringer, who replaced original vocalist Scott Bird in June. Fans can hear Nick’s incredible vocals via the video for ‘Desperate Measures’, which has recently been launched on YouTube. Limited Edition vinyl and CD bundles are available now via 24Hundred.net.

Formed in 2007, HAND OF MERCY have become a main stay of the Australian hardcore scene, with their riff-heavy moshcore becoming one of the most signature sounds the scene has to offer. They have toured with EVERYONE, and in doing so have gained the respect and adoration of bands and punters alike.

In 2012, they released their UNFD debut Last Lights, which took the band to new heights around the world. The album debuted at #44 on the ARIA Charts, and saw the band tour throughout Australia, Europe and the UK for two years straight, putting together a loyal fan base across the world.

Resolve was recorded in Boston in late 2013, but its release was delayed when they parted ways with Bird. Flying in was Brisbane native Nick Bellringer, who immediately added a new energy and attitude to their music. Bellringer had a trial by fire upon joining – first touring with Deez Nuts on the Rampage Tour, before heading to Brisbane to record his vocals with Troy Brady from The Amity Affliction. From there, HAND OF MERCY played sold out shows with Architects and will now head out on the massive Resolve Tour in November.

Passing every test, Bellringer has breathed new life into Resolve, which is a stand out album from one of Australia’s leading hardcore units. Their heaviest album yet will include a string of videos and singles to come including ‘Static’ (October 2nd), ‘Axis’ (October 20th) and today’s release of the energetic burst, ‘Desperate Measures’.

HAND OF MERCY will release Resolve on October 31 via UNFD. ‘Desperate Measures’ is available to view now. Vinyl, CD and Merch bundles are available at 24Hundred.net