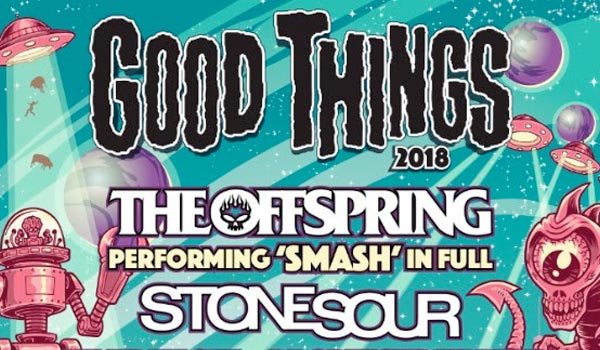 Foretold through street posters, heralded through (not so) hushed murmurs of the people; Good Things Festival has once and for all emerged from the vast unknowns, bringing forth a new era for Australian alternative music fans, ushered in by an unstoppable army of some of the heaviest, and most alternative bands the universe has on offer.

What looks like an event from another galaxy, Good Things Festival, while out of this world, is not a hologram. With key launch sites located in Brisbane, Sydney and Melbourne, it would seem Australia’s East Coast is all well within range of Good Things Festivals sonic rays.

No one could predict such a Festival would be happening in our sleepy part of the Milky Way. But as we speak, across the gulf of space, minds immeasurably superior to ours begin to draw up their plans…to rock out.

General Public tickets on sale Thursday 30 August, 9am through www.oztix.com.au

All shows are licensed and all ages 15+ (Please see ticket conditions for age restrictions).
Venues and lineup subject to change

For more information head to www.goodthingsfestival.com.au