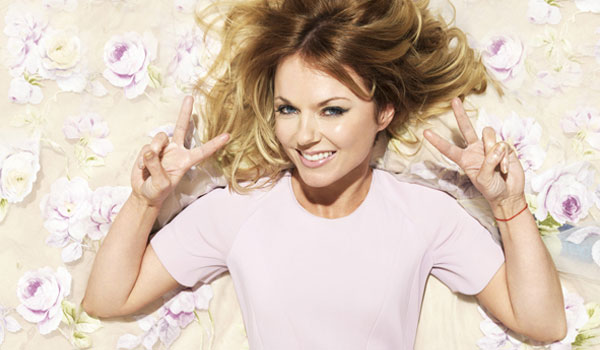 Sony Music Entertainment Australia are excited to announce that Brit Award winning international pop superstar Geri Halliwell and Australia’s Got Talent Judge has signed to the label (SMEA), and will release her eagerly-awaited single ‘Half of Me’, co-written and produced by DNA, on October 25. ‘Half of Me’ is available for pre-order from October 3.

You can also check out Geri performing the track exclusively for the first time on Australian television on The Footy Show Grand Final Special also on October 3 from 8:30pm on Nine.

‘Hooray, finally I get to share my music! I’m really excited to sign with Sony. My new song ‘Half of Me’ is about love, hope and optimism with a splash of humour (check out verse 2).I’ve been so welcomed by the Aussies – it’s fantastic I wrote my new song there! Thank you for all your support’ says Geri as she’s excited about her musical return down-under.

Geri Halliwell shot to fame as part of the 1990’s global pop sensation that was the Spice Girls, who smashed every single musical record world-wide and took the globe by storm. Geri back then was known back for her outlandish outfits, and outspoken naughty but nice nature, Ginger Spice. Geri also famously first coined the phrase ‘Girl Power’ which has inspired women all over the world still to this day.

Hits for the 90’s queens of pop included; ‘Spice Up Your Life’, ‘Stop’, ‘Say You’ll Be There’, and the track that launched it all for the five British girls ‘Wannabe’ that went to #1 in 29 countries, and became the biggest-selling single by an all-female group of all time. It was followed by nine further #1 singles from their albums Spice, Spiceworld and Forever.

In 1999, Geri launched her solo career and released her debut album Schizophonic, with the lead single ‘Look at Me’ which was followed by further #1’s on the UK Singles Chart ‘Mi Chico Latino,’ ‘Lift Me Up,’ and ‘Bag It Up.’ The album itself peaked at #4 in the United Kingdom, and sold over 600,000 copies there, making it 2× Platinum.  Geri was nominated at the BRIT Awards ceremony in 2000, for Best British Female Solo Artist and Best Pop Act.