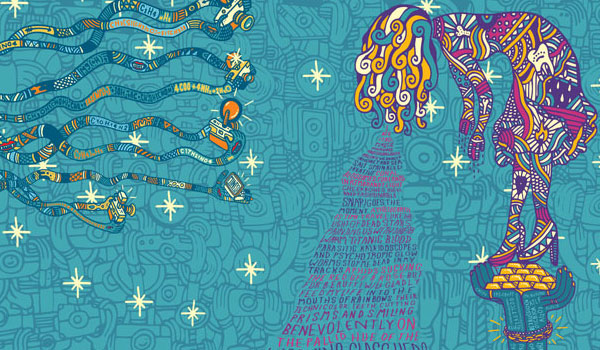 Foster The People’s Supermodel has been streaming exclusively at iTunes ahead of its release, today, Friday March 14th on Columbia Records through Sony Music Entertainment Australia.

A lyric video for “Best Friend” premieres this week on VEVO. Additionally, the band will also be appearing on “The Tonight Show with Jimmy Fallon” on March 18th.

To celebrate the release of their new album, the band will play a free show at SXSW’s Outdoor Stage at Butler Park in Austin, Texas on March 14. SXSW will host a live stream the event which can be viewed at fosterthepeople.com. Additionally, the band is scheduled to perform at Brooklyn’s Music Hall of Williamsburg on March 17. The show, which sold out in minutes, will be broadcast live on SiriusXM’s Alt Nation.

Supermodel is also this week’s Feature Album at Triple J Radio here in Australia giving fans the chance to hear the much anticipated follow up to their debut album, Torches.

Leading up to the release of Supermodel, the band has premiered an acoustic video of “Fire Escape” at TIME, who declared Supermodel, “an adventurous, dynamic and expansive effort.” First single “Coming of Age” has also been collecting early critical acclaim, with Rolling Stone applauding the song’s “bright guitar riffs, layered vocals and snappy handclaps” and Billboard noting, “Frontman Mark Foster sounds casually assured throughout, bolstered by soulful backing vocals and a smooth ebb and flow that keeps the tune surging.”

The globally influenced Supermodel is the follow-up to the group’s critically acclaimed 2011 debut Torches. Recorded in various locations around the world, Supermodel began as frontman Mark Foster and producer Paul Epworth set up a writing studio in a riad in Essaouira, Morocco at the end of 2012.

Foster The People will embark on a world tour in support of their new album Supermodel. Kicking off with special release week shows in Austin, NYC, Toronto, London & Paris in March, the tour will also include festival performances at Coachella, Governors Ball, JazzFest, Rock Werchter and Sasquatch as well as headline dates around the globe (please see below for full tour routing…Hopefully we will see some Australian tour dates soon).