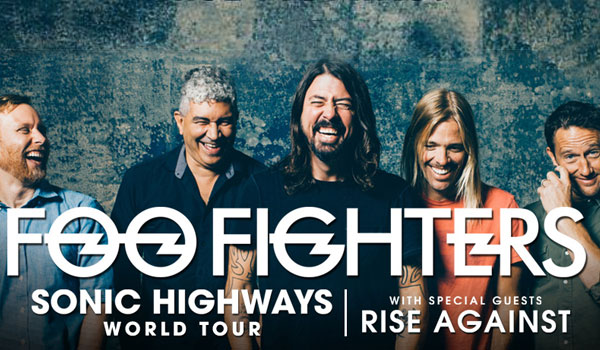 Last in Australia and New Zealand in 2011 for a massive run of sold out stadium dates, the Foo Fighters treated their fans to the next level of rock and roll awesomeness.

Make sure you’re signed up a Frontier Member to gain access to the pre-sale from Tuesday 11 November or be prepared for when tickets go on sale to the general public on Thursday 13 November.