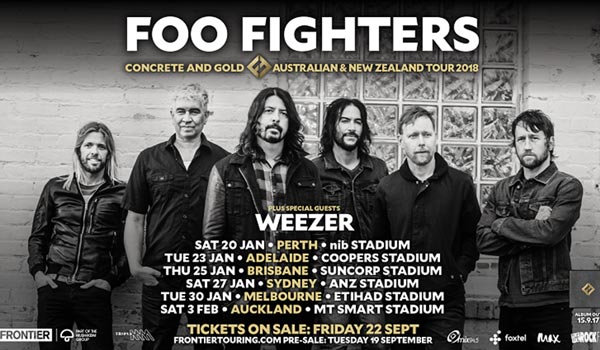 No more teasing! The Fooies are heading back Down Under, and they are bringing Weezer with them.