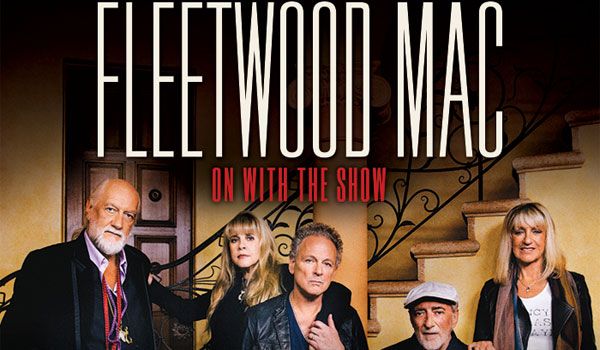 The demand for tickets to witness the legendary FLEETWOOD MAC returning to Australia on their On With The Show World Tour has been phenomenal, with shows selling out very quickly around the country. Third and final shows are being announced in Sydney and Melbourne.

In exciting news for Adelaide’s Fleetwood Mac fans, thousands of whom have joined waiting lists, Live Nation can confirm that an Adelaide show has now been added to the band’s Australian tour, with the Mac performing one show only at Coopers Stadium on Wednesday October 28.

The shows added in both Sydney and Melbourne will see Fleetwood Mac playing Sydney’s Allphones Arena on Sunday October 25 and at Melbourne’s Rod Laver Arena on Friday November 6.

Tickets for all three new shows will go on sale at 10am on Wednesday, April 15.