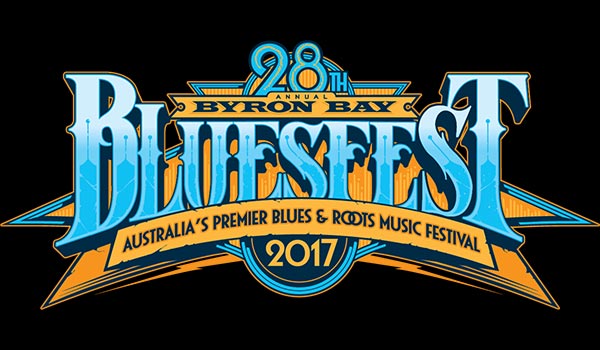 Today, the 28th Annual Bluesfest to be held over the Easter long weekend in Byron Bay, Thursday 13th to Monday 17th April 2017, is officially ringing in its new season with the first release of awe-inspiring artists. The first artist announcement features Bluesfest debuts from iconic artists that have been many years in the making, Bluesfest exclusive performances, and the return of some of the festivals most requested artists.

Known to many festival fans for presenting its audience with multiple spectacular artist releases over several months, the five day Easter extravaganza will be held once again at its lush 120 hectare home, just outside Byron Bay. Bluesfest delivers up to 12 hours of music daily across multiple undercover stages, as well as offering an abundance of food and market stalls, several bars, parking and camping on site.

The multiple award-winning Bluesfest has already reported record pre-sales for 2017 and now with only one artist announcement down, is already shaping up to be another extraordinary festival and the only place to be on the 2017 Easter long weekend.

….with many more to be announced!

ARTIST PLAYING SCHEDULE WILL BE AVAILABLE FROM 8AM AEST WEDNESDAY 24TH AUGUST AT WWW.BLUESFEST.COM.AU

All 5, 3 & 1 day festival and camping tickets are now on sale through www.bluesfest.com.au