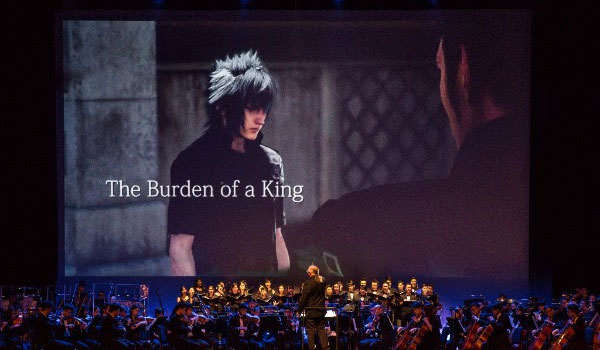 The Australian premiere of Distant Worlds: music from FINAL FANTASY is finally returning Down Under!

With the first FINAL FANTASY concert premiering in 2002 in Japan, the concept has toured the world, with this new 30th anniversary production including music from throughout the 30 years of FINAL FANTASY games as well as new scores and arrangements created specifically for these concerts.

Video game music has grown increasingly popular in the last few years, playing an integral role in the immersive experience of today’s games. The FINAL FANTASY soundtracks, which are original compositions, have grown so popular that TIME magazine named series composer Nobuo Uematsu a notable “Innovator” in its recent “Time 100: the Next Wave Music” feature. SQUARE ENIX hopes to pioneer awareness and appreciation of not only its own musical creations, but also video game music throughout the industry.

TICKETS ARE ON SALE FROM THURSDAY FEBRUARY 16 VIA MJRPRESENTS.COM