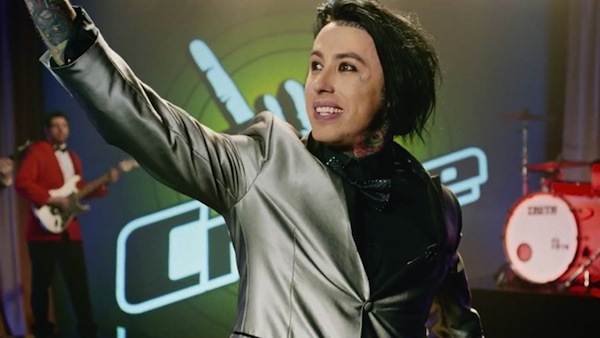 One of the most talked about, controversial, ground breaking and adored, rock bands of the modern age, FALLING IN REVERSE are bringing their Count Rockula Tour to Australia this October! This will be the band’s first visit back to Australia since early 2015 and their first ever headline tour.
Loved, hated, ridiculed, admired, Falling In Reverse frontman Ronnie Radke is a rare rock n’ roll provocateur whose unpredictability and reckless honesty make him equal parts hero and villain, depending on whom you ask. Radke puts it all on the line, take it or leave it, each and every time he and his band does anything.
Falling In Reverse have been through hell and back. Radke lost his brother in a car crash, watched old friends wither away from old vices and has sought redemption for his past sins.
All of which are reflected in tracks from the band’s 2015 album, Just Like You; in particular on the songs Brother, Chemical Prisoner and God, If You Are Above.  Just Like You debuted on the Australian Aria Album Chart at #6; the highest debut anywhere in the world!
Of course it’s not all heartbreak and misery. Falling In Reverse still know how to party hard and get into trouble. Sexy Drug and Just Like You featuring Radke’s admission of ‘I am aware that I am an asshole’ are testament to their rock ‘n’ roll roots.
TICKETS ON SALE 10AM THURSDAY JULY 21
My Live Nation pre-sale: 12pm July 19 until 5pm July 20
For complete tour and ticketing details including VIP Packages, visit: livenation.com.au
Count Rockula Tour Dates