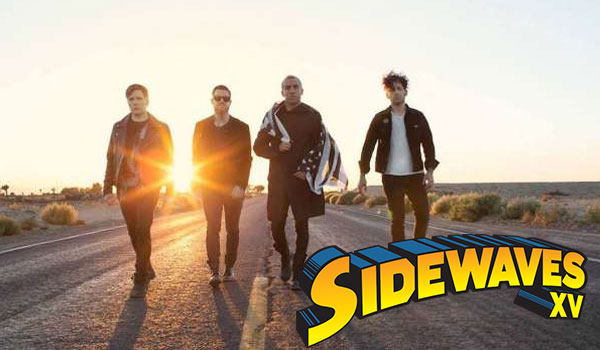 Consistently striking a chord with their fans there’s no denying FALL OUT BOY’s status as one of the most recognised and loved rock acts of recent years. The new album American Beauty/American Psycho was released this month and stormed in at #1 on the Billboard Album Charts with Rolling Stone dubbing it “the group’s biggest, broadest, most unabashed pop smorgasbord yet.”

The Illinois natives also know how to produce a powerhouse show and have the crowd in the palm of their hand – no matter how big the venue is.

Formed in 2007 in Glasgow and infusing their music with their Scottish heritage, TWIN ATLANTIC rapidly found themselves caught in a whirlwind of support slots with the great and the good; from Blink-182 to My Chemical Romance , The Gaslight Anthem, Biffy Clyro, The Smashing Pumpkins and many more! The band toured the length and breadth of Britain, Europe and America over the last 7 years wowing audiences with every show!

EMILY’S ARMY draw a diverse adoration of music and an eclectic mix of influences ranging from the Beach Boys to the Ramones to create their own brand of Rock and Roll, fondly known as Beach Pop.

Formed in Oakland, California when young brothers Max and Cole Becker started a band with their everlasting best friend Joey Armstrong to play the kind of music they heard in the movie School of Rock, around their houses, and in the area that they were growing up in. Since then the boys have been playing donut shops, bowling alleys, and fetid dive clubs across the world playing their music for anyone who will listen.