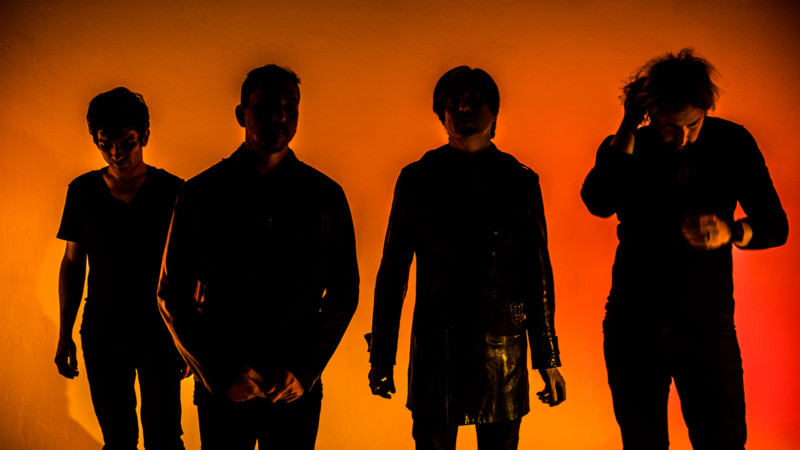 In the music version of Pokemon Go, Gone is Gone would be quite a catch. Only forming this year, the LA rock supergroup made up of Troy Sanders (Mastodon), Troy Van Leeuwen (Queens of the Stone Age), Tony Hajir (At the Drive-In) and multi-instrumentalist Mike Zarin, have showcased an interesting fusion of hard rock and progressive rock music, channeling so much fresh energy into these songs.

Supergroups sound like heaven in terms of creativity; being able work with like-minded individuals while bouncing ideas off each other and being on the verge of cooking something good. Gone is Gone have really nurtured the idea of going full experimentation on this EP release and to say they haven’t done the homework on what sound direction they’re going towards would be a lie.

For new listeners, Gone is Gone may not gel with you at first. Due to the atmosphere being too ‘out there’ for some, newbies may be intimated by the band’s use of intense instrumentation in their music. Of course, it takes time and patience to really understand what Gone is Gone are all about and to have that intriguing notion in their music is a winner for those curious enough to explore. Tracks like “Violescent”, “Starlight” and “Stolen From Me” all add vitality to the first half of the EP. Providing such solid musicianship while showing different sound dimensions across the well-respected bands the members come from, the sound dynamics brought across in this EP are really what makes rock music a genre worth investing.

The benefits of being in a supergroup amplifies this idea where you’re able to learn from each other, and I think what Gone is Gone have done here is prove to other future groups to go for the ‘less is more’ approach. Production-wise, the songs themselves are layered perfectly and really have a nice, flawless appeal to both the instrumentals and Sanders’ vocals. Being atmospheric and just plain weird (in a good way), the group have proven to think outside of the box when it comes to creating a song.

Take for example “This Chapter” and its structure of soundscapes and textures; there’s so much going on that you begin to start joining the dots of what Gone is Gone are about – a group showing the world they have chemistry in their music and have honest passion for it. There’s an overall electric feel that comes from this EP; it’s magnetic and draws you in immediately if you choose to stay to the very end.

However, “Character” and “Recede and Enter” both end up on the experimentation spectrum except it feels once these ‘interludes’ are added, they lose the momentum of the EP. It’s understandable that the group were trying to move towards the same intriguing feel but here, it feels forced with sounds that don’t really match the overall feel of the record.

Gone is Gone will be releasing a full album by the end of this year so we can only hope that the record shapes up to be something extraordinary for the group. As the EP samples the sound direction they’re going towards, this is such a commendable effort by the band members. Despite the challenging work that comes with a supergroup, Gone is Gone have managed to go through the hurdles and have come up with something worthy to offer.