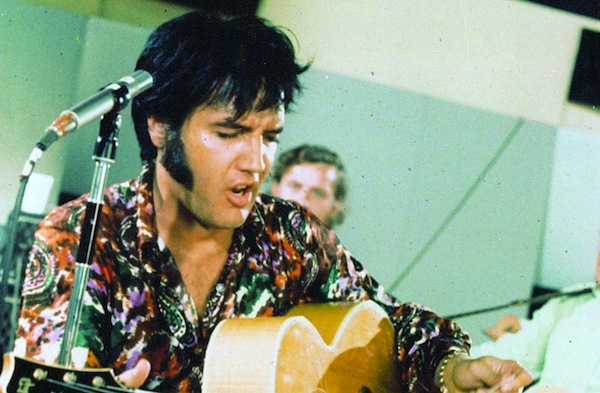 Sony Music announce the release of the monumental definitive edition of ‘Elvis: That’s The Way It Is (Deluxe Edition)

In 1970, Elvis Presley fans were thrilled by the arrival of two cultural milestones: one an album, the other a full-length concert/documentary and each of them called ‘Elvis: That’s The Way It Is’. Since then, aficionados of Elvis have been clamouring for a package that included both the album and the film.

On Friday, August 8, 2014, Legacy Recordings will release ‘That’s The Way It Is (Deluxe Edition)’, the most ambitious Elvis Presley restoration package ever created, bringing together—for the first time ever–the album, the theatrical and home video versions of the film, six full-length concerts (featuring previously unreleased performances), rehearsal highlights and other rare recordings in one astounding and essential package.  The result of a historic partnership between Sony Music and Warner Brothers Home Video, the deluxe set combines the video and audio assets of ‘Elvis: That’s The Way It Is’ with unique and previously unreleased material. A highly-collectible 8CD/2DVD box set, ‘That’s The Way It Is (Deluxe Edition)’, marks the first time the 1970 documentary and album have been available in a single package, with bonuses including unreleased material, remixed and remastered audio and a new 80-page book detailing the entire event with facts, songwriter and musician interviews, and photos in a deluxe 8CD/2DVD box set.

’That’s The Way It Is (Deluxe Edition)’ centres on the six complete shows recorded and partially filmed by MGM.  Two of the shows are released for the first time in their entirety; two more have only been available only through the mail-order Elvis fan-club network. The original RCA album is expanded with the four single sides from the period, and a selection of “fly-on-the-wall” outtakes from the June Nashville sessions that produced the majority of tracks for the album. Completing the audio section, a separate disc of insightful rehearsal highlights, featuring unusual song selections showcases both the hard work and the playful atmosphere that governed Elvis’ relationship with his musicians.

The original ‘Elvis: That’s The Way It Is’ includes fiery renditions of “You Don’t Have To Say You Love Me,” previously a hit for Dusty Springfield; “You’ve Lost That Lovin’ Feelin,’” made famous by The Righteous Brothers, and a show-stopping rendition of Simon & Garfunkel’s “Bridge Over Troubled Water.” The original album and singles will fill Disc One of the new edition, with six CDs worth of concert performances and one of rehearsal takes from the Summer of ’70 International Hotel residency.

’That’s The Way It Is (Deluxe Edition)’ puts the original RCA album and the 1970 MGM documentary feature together in a single package for the first time. It includes both the original theatrical DVD version (1970) and the re-edited and extended DVD version from 2000.

A 2CD Legacy Edition of ‘Elvis: That’s The Way It Is’ will also be available to purchase on Friday August 8th.